WATCH: Sunny Leone Falls On The Ground During The Shooting Of Her Upcoming Film. Here's What Happened Next

Sunny Leone falls on the ground after being shot by co-star Dev Gill while shooting for a scene for her upcoming film 'Kokokola'. Here's what happened next

Bollywood actress Sunny Leone is definitely counted in one of the most fun-filled, grounded actresses in the industry. The diva who is currently shooting for upcoming horror comedy 'Kokokola' recently played a scary prank on her co-star Dev Gill and the rest of the crew.

In a video shared on behalf of Sunny Leone on her Instagram, the actress who is shooting for the upcoming venture at Rao Raj Vilas Kuchesar fort in Uttar Pradesh, can be seen falling on the ground after being shot by co-star Dev Gill while filming a scene. While the scene was over, and Dev started discussing it with the crew, Sunny, who fell on the ground showed no movement. That's when the cast and the crew started to panic thinking she might be hurt by the spark or has lost her consciousness. They all gathered to check if she is okay.

At the end of the video, a message appears along with a graphic warning which reads, "What happened next we did not want to show but feel the truth should come out!"  while the caption on the post read, "Graphic Warning ⚠️ Part 1: we needed to post this on behalf of @sunnyleone so the whole world knows what happened last night on set!  @actordevgill  @hitendrakapopara"

Graphic Warning ⚠️ Part 1: we needed to post this on behalf of @sunnyleone so the whole world knows what happened last night on set! @actordevgill @hitendrakapopara

This clip panicked not only the crew member on location but the viewers at large as they express their concern over her health on social media. They have flooded the post with comments asking what happened to her. 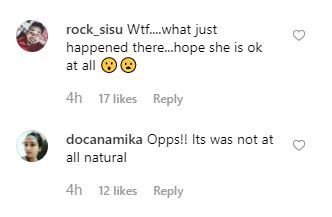 Following the same, Sunny's team posted another video revealing that she is absolutely fine and was just pranking his crewmates. The second video which goes with the caption: "@Graphic Warning ⚠️ Part 2: Thank Goodness she is ok! Ha ha ha 😂 @actordevgill @hitendrakapopara", Sunny can be seen walking up smiling as she jumps off her place speaking in the local dialect.

Meanwhile, on the work front, besides this film, Sunny Leone is also set to star in several other south Indian films including 'Rangeela' and 'Veeramadevi'.