What A Sport! Ananya Panday Shares Memes After Her Koffee With Karan Debut

Ananya Panday's expressions on Koffee with Karan gets funny memes. The actress shares them on her profile.

Soon after Ananya Panday's episode of Koffee with Karan along with co-star Tara Sutaria and Tiger Shroff went on air, the actress' fans flooded the internet with several funny memes of her expressions. Sharing a laugh, the actress reposted them on her Instagram account, sportingly taking the memes positively.

Expressing her relatability to the memes, Ananya posted them saying she can totally relate to it. Check it out: 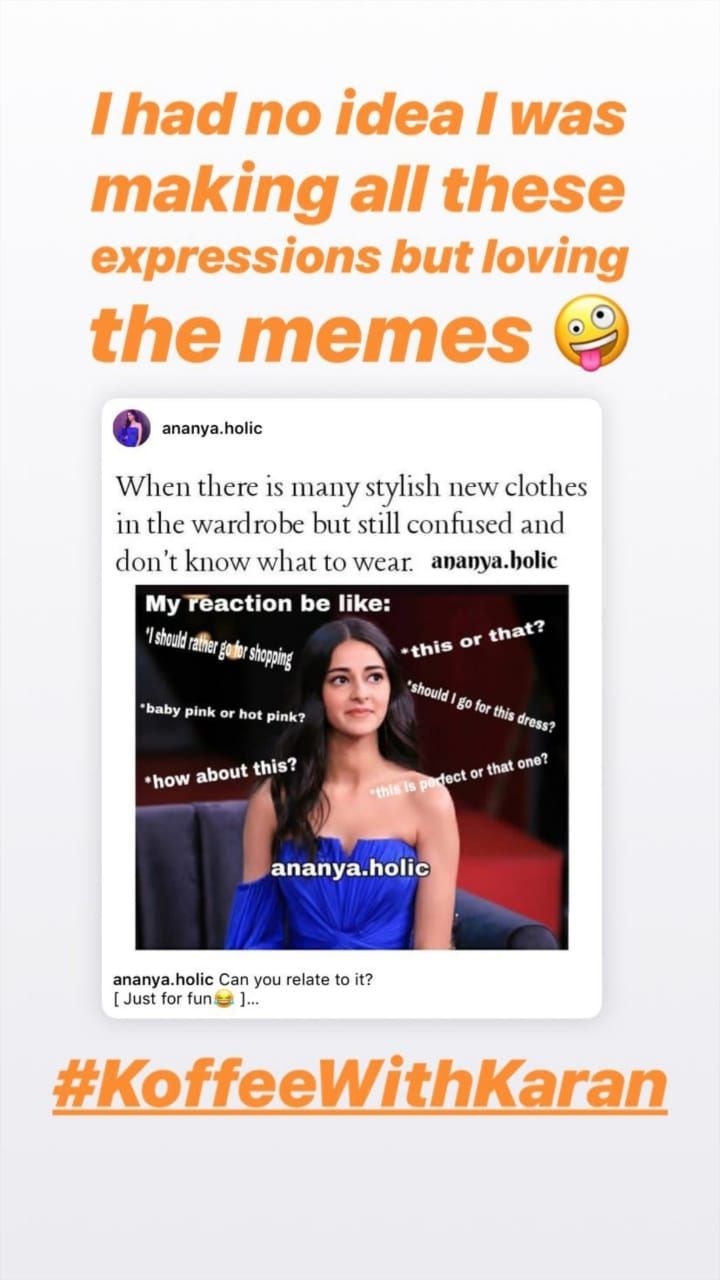 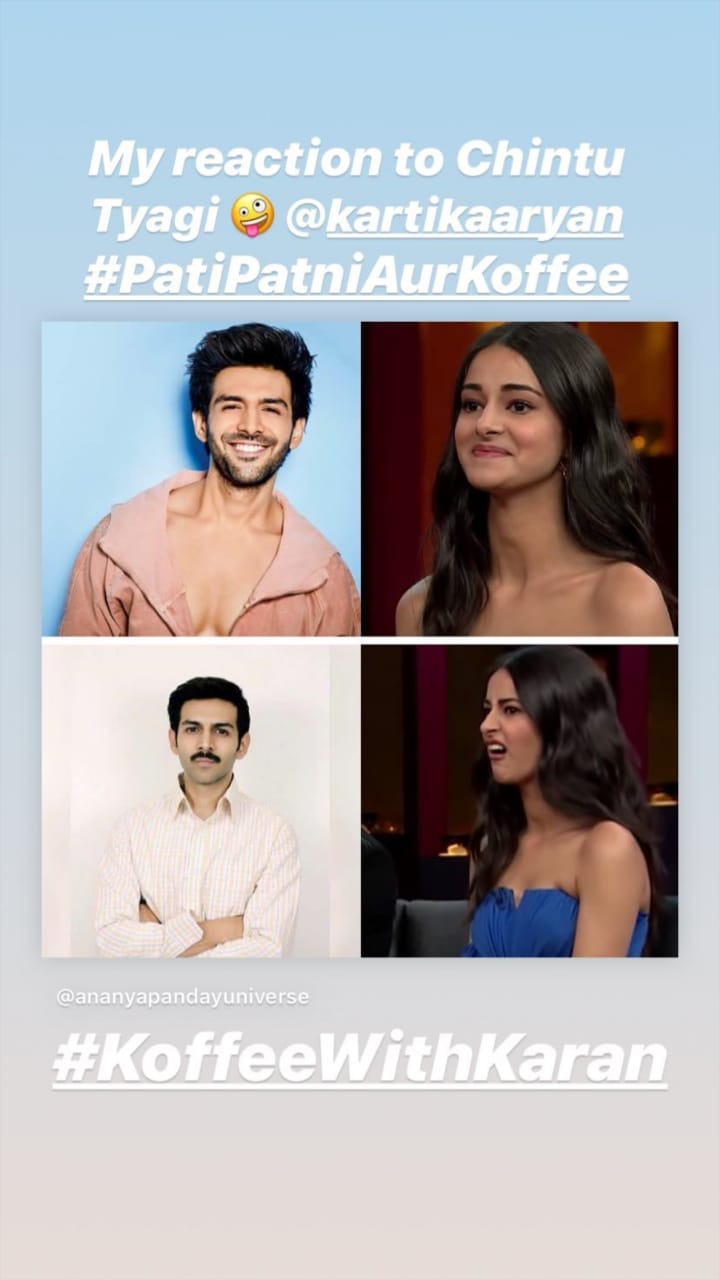 The actress was on fire during her debut Rapid Fire round. Beating Tiger and Tara in the game, Ananya won the Koffee hamper with her sprightly answers in her debut itself. Ananya Panday, who is all set to make her Bollywood debut with 'Student of the Year 2', made an impressive appearance with her innocent personality on the famous Koffee with Karan couch. She looked stunning in a strapless royal blue off-shoulder side slit dress and ankle strap red heels with minimal makeup and accessorized it with golden earrings.

READ | Kartik Aaryan And Ananya Panday's Social Media Banter Is Too Cute To Be Missed, Take A Look

When KJo asked her about nepotism and why she was on Koffee with Karan as some felt that she hasn't achieved anything, Ananya said: “I agree with this section because I haven’t done anything. I don’t deserve to be here. There are so many people out there who are talented...I am just lucky that my dad was an actor and this is what I had wanted to do." 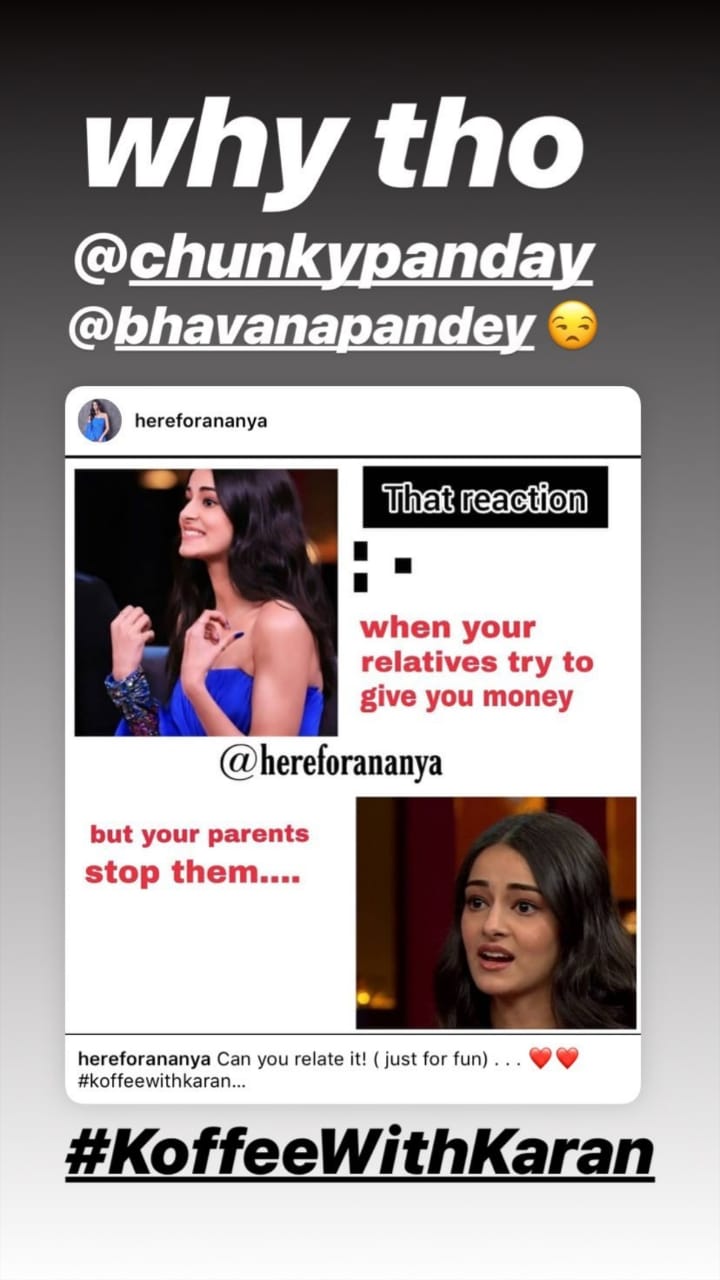 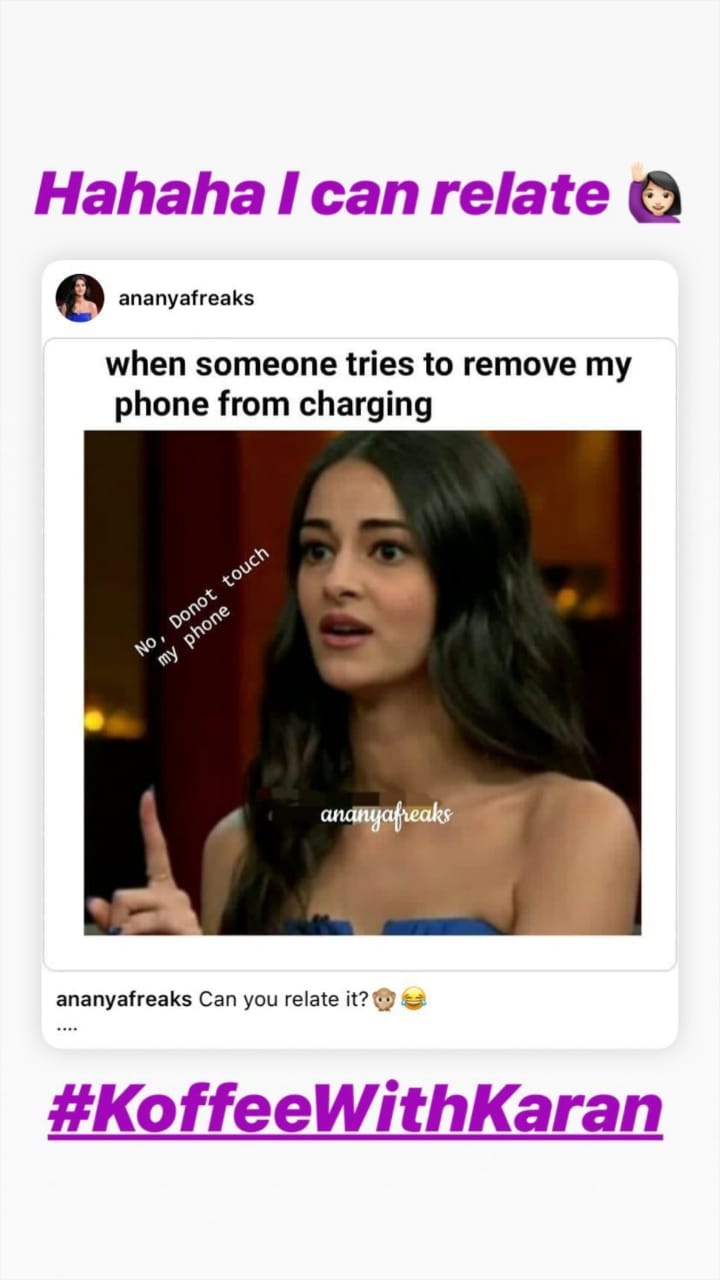 The actress who is gearing up for her debut has already bagged her second film 'Pati Patni Aur Woh' and started shooting for the same. Ananya Panday also happens to be the youngest celebrity endorser of Lakme India. Owing to the humongous fanbase, the B-Town newbies are already creating a rage in the entertainment industry.

'Student of the Year 2' which is slated to hit the screens on May 10 this year. The actress will also be seen opposite Kartik Aaryan in the remake of BR Chopra's 1978 film 'Pati Patni Aur Woh', also starring Bhumi Pednekar. The film that is being directed by Mudassar Aziz. Talking about Kartik, the actor reportedly rubbished the linkup rumours with Ananya and said that he has no time. He is single as work is primary at the moment and when he is in a relationship, people will know. He further clarified that Ananya is just a friend and a colleague. They gel well and there's nothing more to it. 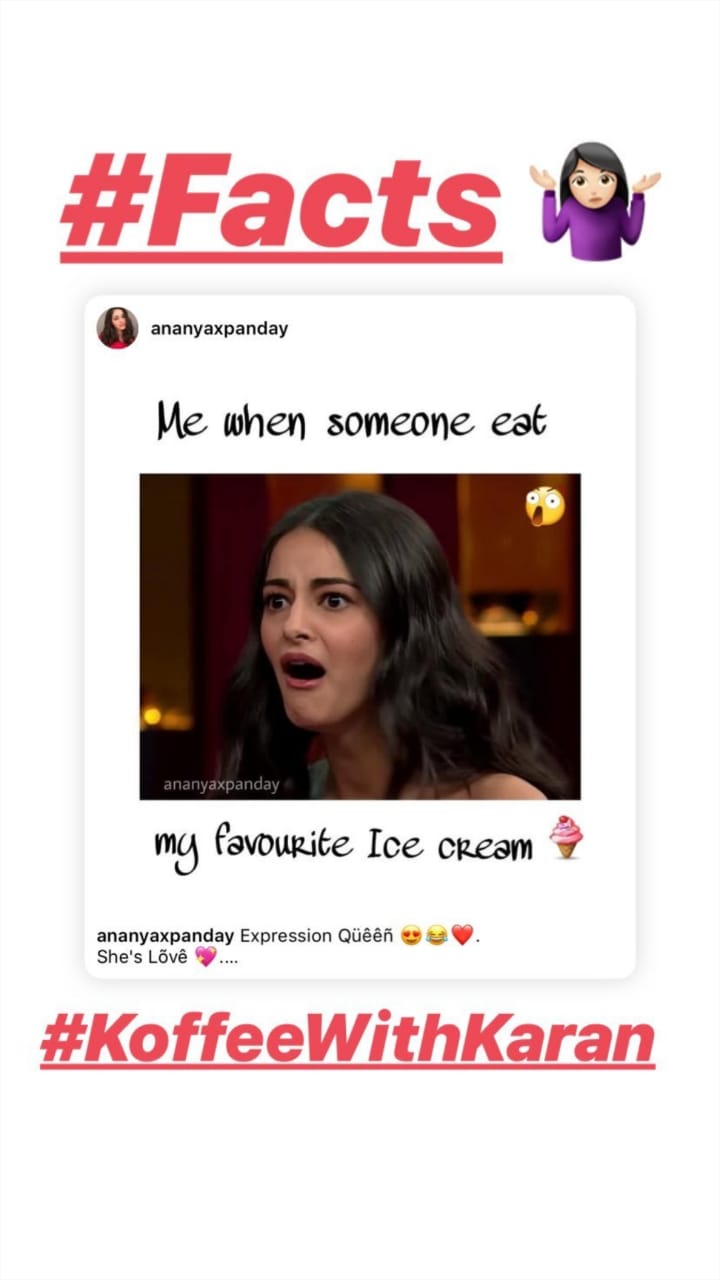