When 9-year-old Lata Mangeshkar Posed For Her First Pamphlet In 2 Ponytails; Just SEE This

Veteran playback singer and music director Lata Mangeshkar took to her Twitter handle and shared a throwback picture of when she was nine years old. Interestingly, Mangeshkar also shared a fact associated with the picture. The picture was clicked before her first classical singing performance.

In a brief caption, the 91-year-old singer wrote, "Today, a known person of mine, Upendra Chinchore, called me and reminded me that I gave my first classical singing performance with my father on September 9, 1938, in Solapur. And, this photo was clicked at that time for the publicity pamphlet of the show. I Can't believe it's been 83 years since I started singing", in Hindi. In the black-and-white photo, Lata can be seen posing for it in two ponytails.

Within a day, the throwback photo of Lata Mangeshkar received an overwhelming response from her fans and followers on the micro-blogging site. A section of fans flooded the comments section with heart-eyes and red-heart emoticons. On the other hand, as the post was shared on the occasion of Holi, a handful of fans extended wishes to the veteran singer. Meanwhile, a Twitter user commented, "What a journey ma'am" while another added, "You are a living legend Dearest Lata ji you live hundreds of years thats my wish". 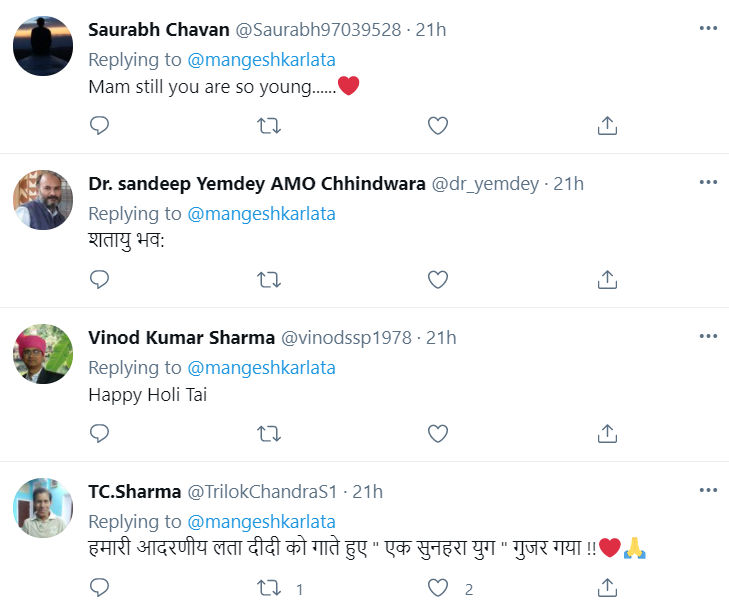 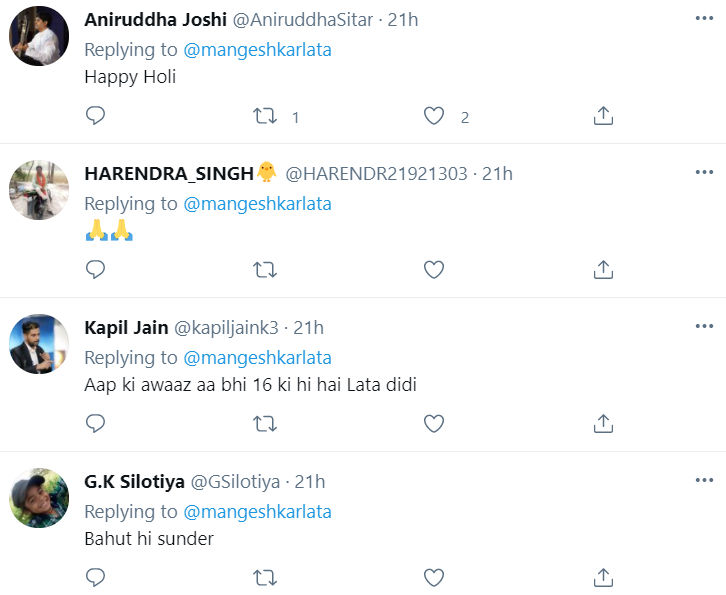 If you are a fan of the Bharat Ratna awardee and you constantly search for - Lata Mangeshkar's photos, her Twitter handle has numerous photos to offer. She often shares throwback photos to remember her contemporaries and the early days of her career. Interestingly, on February 28, 2021, she had shared a monochrome picture of her teacher Mahakavi Pandit Narendra Sharma, who was like a father-figure to her. The singer shared the picture to remember him on his birth anniversary. In the photo, she can be seen listening to her teacher while the latter can be seen carrying a cup of tea.