Monday Motivation: When Sonali Bendre opened up about her battle with cancer and embracing life post her return from the US. Read More. 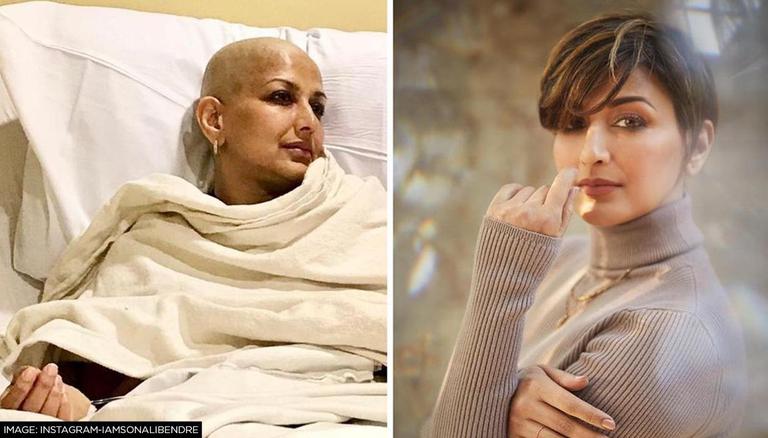 
Bollywood actor Sonali Bendre has been publicly open about her battle with cancer and how she fought against it. The actor in 2018 had announced that she had been diagnosed with metastatic cancer and underwent treatment at a New York hospital. She returned to India after a five-month treatment in December of the same year. Here is a throwback to when Sonali Bendre opened up about her battle with cancer and embracing life post her return from the US.

When Sonali Bendre opened up about her battle with cancer

After returning to India post her treatment in New York, Sonali Bendre appeared on the cover of Harper's Bazaar magazine and opened about her journey. Sharing the cover of the magazine she wrote, "There’s no one way to tell how our experiences change us or shape us. Not all transformations are visible, but they will always leave an impact. What I’ve learnt is to never let it hold me back. I would rather dress up and show up! That’s how I would describe my day, shooting for the @bazaarindia cover."

While speaking to the magazine, Sonali recalled the moment when her doctor first diagnosed cancer in her body. She said, "So when my PET [Positron Emission Tomography] scan showed up cancer had spread all over my abdomen, like fairy lights scattered all over, and when the doctor in New York said that there was about 30 per cent chance of it all going away, we were shattered." The actor then continued and said that though she had only 30 per cent chances of survival she ad her family never lost hope. She said, "But the thought of death didn’t come to me. I thought this was going to be a long struggle, but I never thought I’d die."

READ | Sonali Bendre spends her Sunday reading a book; shares it with her 'Book Lovers Club'

Earlier this year on National Cancer Survivors Day 2021, Sonali Bendre revisited her cancer battle and shared a motivational post on her social media handles. She shared a before and after picture of herself and wrote, "How time flies... today when I look back, I see strength, I see weakness but most importantly I see the will to not let the C-word define how my life will be after it...
You create the life you choose. The journey is what you make of it... so remember to take #One Day At A Time and to #Switch On The Sunshine."