Which Anil Kapoor's Film Was Loved By Audiences More? 'Tezaab' Or Ram Lakhan'

Anil Kapoor and Madhuri Dixit have starred together in 19 films. Read on to find out which film was loved by the masses more, Tezaab or Ram Lakhan. 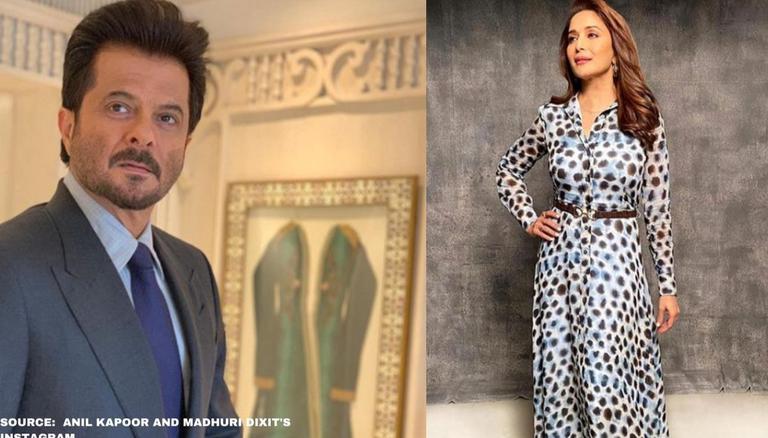 B-Town celebrities Anil Kapoor and Madhuri Dixit have great on-screen chemistry. The duo is one of the most loved on-screen couples of Bollywood. The two not only share great on-screen chemistry but are also great friends off-screen. In an interview with a media portal, the Dil Dhadkne Do actor Anil Kapoor had said that he was extremely comfortable working with the Devdas actress Madhuri Dixit. Further, he also said that the two could predict each other’s on-screen responses without any discussion. Anil and Madhuri have starred together in 19 Bollywood films some of which include Ram Lakhan, Tezaab and the recent one being Total Dhamaal. Anil Kapoor’s movies with actress Madhuri Dixit have done extremely well at the box office. Read on to find out which film was loved by the masses more: Tezaab or Ram Lakhan.

Tezaab was an action romance film that was released in the year 1988. The film was directed and produced by N. Chandra and starred Madhuri Dixit and Anil Kapoor in the lead roles. While it gave the Kalank actress, Madhuri Dixit her big break it reaffirmed the status of B-Town star, Anil Kapoor after the success of the film Mr India that was released in the previous year. The plot of the film revolves around a boy who loses his parents due to unforeseen circumstances. This film showcases his struggles as well as love for the lead actress Madhuri Dixit.

Tezaab was simply adored by fans. While the film made 8 crores in India, it made about 12 crores worldwide. This film also featured the peppy track Ek Do Teen which made it to the top listening charts. This song is sung even today and makes several shake a leg. The song was choreographed by the ace Bollywood choreographer, Saroj Khan, who recently passed away. Considering the success of this song, the makers of the film Baaghi 2 decided to include a remix of this song in their movie.

The film Ram Lakhan was released a year after Tezaab. In addition to starring lead actors like Madhuri Dixit and Anil Kapoor, the film starred celebrated Bollywood actors like Jackie Shroff, Dimple Kapadia, Amrish Puri, Raakhee and Anupam Kher. The plot of the film revolves around two brothers, Ram and Lakhan who decide to take revenge when they learn who killed their father. Ram Lakhan was a greater success as compared to Tezaab. This film made 9 crores at the box office in India while it made 18 crores worldwide.