Who Is Rohan Shrestha? The Man Shraddha Kapoor Is Reportedly Planning To Get Married To

Who is Rohan Shrestha? The man Shraddha Kapoor is reportedly planning to get married to amid rumours of their relationship in the news domain. 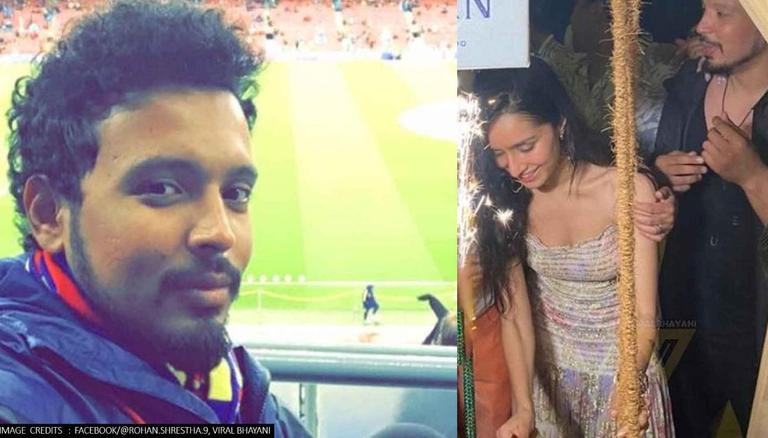 
Being Bollywood stars, spotlight on their love life is inevitable. The film industry's gossip mills are often flooded with information about who's dating whom, and the speculation often ventures into details about when they plan to get married. The latest celebrity couple that is being rumoured to tie the knot is Shraddha Kapoor and Rohan Shrestha.

Rohan was born on March 6, 1985, and brought up in Mumbai. After completing his education in Mumbai, he studied filmmaking at the New York Film Academy. He also reportedly is a certified scuba driver and a passionate Barcelona football club fan, among the other known details about him.

Rohan's photographs feature regularly in film and fashion magazines in the country, and even abroad. One glimpse at his Instagram handle and one realises that there might be hardly any stars that he has not clicked. Sara Ali Khan, Kriti Sanon and Kareena Kapoor Khan for her maternity photoshoot are some of his recent clients.

Right from Anupam Kher, Priyanka Chopra Jonas to late actors Sushant Singh Rajput, Irrfan Khan, most have been clicked by him. A commonly-used technique he uses for the stars is the monochrome filter.

One reason for his popularity among celebrities could be the fact that his equation with many stars extends from his early days, having studied in the same school as Ranveer Singh and having common friends circle with Shraddha Kapoor.

He has clicked Shraddha for numerous magazine photoshoots and advertisements.

The initial reports of Shraddha and Rohan's relationship had surfaced in 2018, after the former's alleged break-up with Farhan Akhtar. Since then, the couple has kept it low-key when it comes to social media PDA, but they have been occasionally clicked by the Mumbai paparazzi. They have also been spotted celebrating each other's birthdays and those moments have gone viral.

He was also seen during Shraddha's cousin Priyaank's wedding.

Shraddha Kapoor's father, veteran actor, Shakti Kapoor said in a media interview that Shraddha and Rohan had been friends since childhood and he knew the latter's father Rohan Shrestha well for decades, However, he said that Shraddha had not told him about any plans to marry Rohan, and that he will approve whatever choice she has made for.

Rakesh Shrestha also said that if the duo decide to get married, he will be happy about it

The rumours of Shraddha-Rohan's marriage seem to have surfaced when Shraddha's cousin Priyanka was quoted as saying in an interview with Indian.com that marriages are good to look forward, to chances on the marriage taking place next year. Shraddha's aunt, veteran actor Padmini Kolhapure laughed when asked about it, and quipped that she'd have known by now if she knew about it.