'Wonder How He Charmed Her, I Never Did!': Aamir Khan's Wish For His Son Junaid Khan On His Birthday Features One Of His Most Famous Co-stars

Aamir Khan wished his eldest son Junaid Khan on his birthday in a special manner. Check it out

Each person's style of wishing and making their closed ones feel special is different. Aamir Khan too wished his eldest son Junaid Khan on his birthday in a special manner.

The "Dangal" actor shared a throwback picture of Junaid along with Rani Mukerji to wish his son a happy birthday.

Poking fun at Junaid 'Mr Perfectionist' shared the picture on his Twitter account with a hilarious caption. "I wonder how he managed to charm Rani... I never did! Happy Birthday Junsie"

I wonder how he managed to charm Rani... I never did !
Happy Birthday Junsie 😘 pic.twitter.com/z6kY7m1okz

The adorable picture shows Junaid and Rani flashing a big smile and they seem to enjoy each other's company. Junaid looks absolutely adorable in a red T-shirt and proud sharing the frame with Rani. 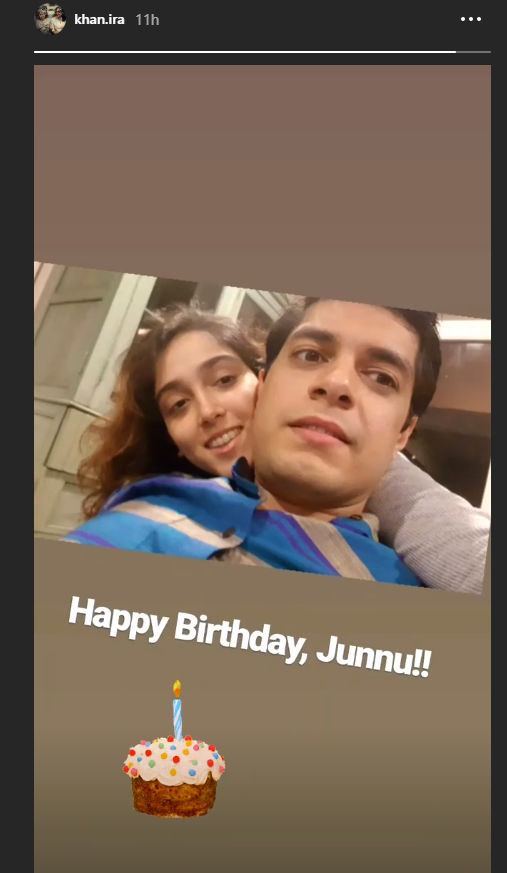 Aamir in one of the interviews spoke about Junaid's interest in Bollywood. He said: "He has been in theatre for three years now. I would like to see him as a lead actor who plays characters, because I've always believed in that. You should always be playing characters and not hero. There's a difference. I've always felt happy that whenever my films come out, people call me by my characters name. That tells me my work has really hit home."

For those unaware, Junaid and Ira are from Aamir's first wife Reena Dutta. The couple divorced in 2002.

On the professional front, Aamir Khan was last seen in 'Thugs of Hindostan' and will next be seen in 'Laal Singh Chaddha'. Helmed by Advait Chandan 'Laal Singh Chaddha' will be an adaptation of the 1994 Hollywood classic 'Forrest Gump'. ‘Laal Singh Chaddha’ is the official remake of Hollywood classic ‘Forrest Gump’ starring Tom Hanks. Aamir had announced the movie on his birthday on March 14 this year. The actor is on his way to lose 20 kilos for the role.   The film will hit theatres 2020, next year at Christmas.