World Animal Day 2021: Here's A List Of Celebrities Who Are Working Towards Animal Welfare

On the occasion of World Animal Day 2021, here’s a list of stars who played the role of good samaritans and has been a staunch supporter of animal rights. 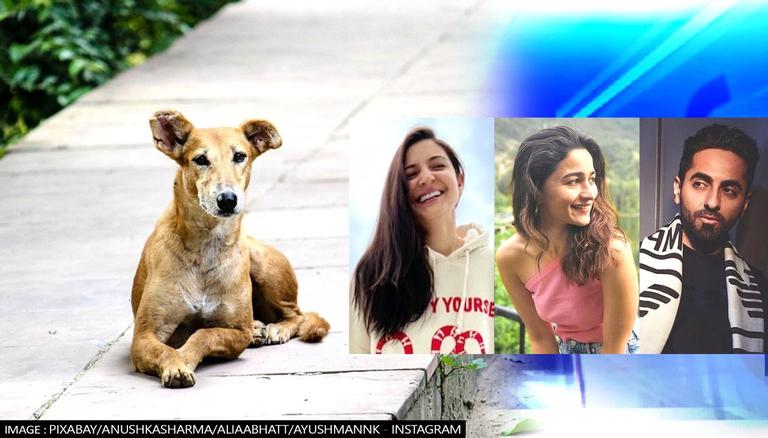 
With the awareness about animals protection at its peak these days, there have been several prominent celebrities who never let the flag down and have been vocal about animal welfare and brutality against animals. A host of celebrities have come forward being compassionate to help these animals and look out for their welfare in the best possible way. On the occasion of World Animal Day, here’s a list of stars who played the role of good samaritans and have been staunch supporters of animal rights.

Stars like Ayushmann Khurrana, John Abraham, Anushka Sharma, Samantha Ruth Prabhu, Alia Bhatt, Jacqueline Fernandez, and more are the ones who are often seen voicing their support for animals and their welfare.

The successful actor who has a list of films lined up for release is often seen showing his love and affection towards the animals. He remains intact and always on the forefront to look after animal welfare either by adopting pets or by being associated with Peta (People for Ethical Treatment of Animals).

READ | World Animal Day 2020: Quotes, greetings and images to send your loved ones

The actor who has often shown her love and concerns towards stray animals is a super animal lover. She has been advocating rights for animal welfare and protection. The actor along with her cricketer husband Virat Kohli recently announced to set up two new animal shelters in Mumbai that will look after the medical needs of stray animals.

Samantha who has been receiving rave reviews for her portrayer of Rajji in The Family Man 2, is also on the list of people as an avid animal lover and support of their rights. Samantha is also vocal about the atrocities been done to many animals in the form of food, commodities, and dairy products. She is also the face of PETA to voice her concern. Apart from voicing her support, the actor is also associated with various organizations to help in Samantha is also part of various organizations that looks after stray animal welfare. Samantha owns two cute pet dogs that are the major reasons to keep her busy at home other shuffling between Tollywood and Bollywood.

Alia Bhatt has also shown her support for animal welfare. An animal activist, the actor keeps shares updates about animal welfare through her social media handles and also keeps a check on animal cruelty. She also pets two cats.

The actor who pets four Persian cats is quite popularly known for her welfare work towards the animals. The actor who established Yolo Foundation is often seen doing great work towards animal protection by being vocal about their rights. Of all the initiatives the recent one where she lent her support was helping stray cats and dogs get sterilized. Jacqueline helps such animals with a group of experts in order to provide them with food, shelter, and medical assistance. She herself is the proud owner of 4 Persian cats.