Actress Yami Gautam who recently returned to Mumbai after tying the knot with filmmaker Aditya Dhar has resumed her pending commitments. 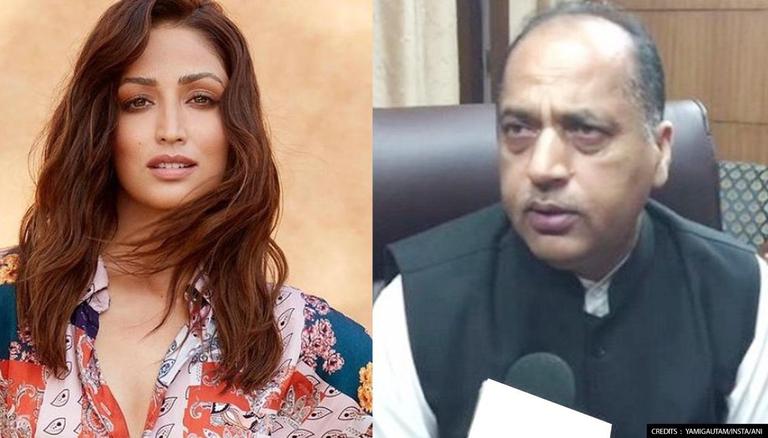 
Actress Yami Gautam who recently returned to Mumbai after tying the knot with filmmaker Aditya Dhar has resumed her pending commitments. The actress recently joined hands with the Himachal Pradesh government for their initiative, 'Baccho Ka Sahara, Phone Humara.’ With online learning becoming the new normal, many kids are robbed of educational opportunities as there is a lack of basic technology facilities in various parts of the country.

The initiative 'Baccho Ka Sahara, Phone Humara' is a phone donation camp that has been launched by the Himachal Pradesh government to help needy children who cannot afford smartphones for education. The actress took to Twitter and shared a video where she spoke in length about the initiative and her role in it.  Launched under the 'Samgra Shiksha Abhiyan' of the state government, Yami who herself belongs to Himachal Pradesh, attended the event virtually.

Education Minister Govind Singh Thakur kickstarted the campaign under the presence of Chief Minister Jai Ram Thakur on July 16 morning. Yami, who is the face of the initiative, urged everyone to come forward and donate spare smartphones to help needy children. While captioning the post, the actress wrote, "I am delighted to be a part of India's first state-led phone donation campaign for online learning - 'Digital Saathi- Baccho ka Sahara, Phone Humara', an initiative of Samagra Shiksha, Himachal Pradesh." Interestingly, more than 1100 mobile phones have already been donated by various stakeholders.

READ | Yami Gautam summoned by Enforcement Directorate for statement next week; here's why

Meanwhile, on the work front, the actress has many interesting movies in her kitty. She will be next seen in Dasvi with Abhishek Bachchan and Nimrat Kaur, in thriller film A Thursday, in comedy thriller Bhoot Police with Jacqueline Fernandez, Saif Ali Khan, and Arjun Kapor, and recently announced Aniruddha Roy Chowdary's Lost.  Lost will aim to highlight the issue of media integrity as stated by the makers. Apart from Gautam, the movie will also feature veteran actor Pankaj Kapur, Rahul Khanna, Neil Bhoopalam, Pia Bajpiee, and Tushar Pandey in pivotal roles