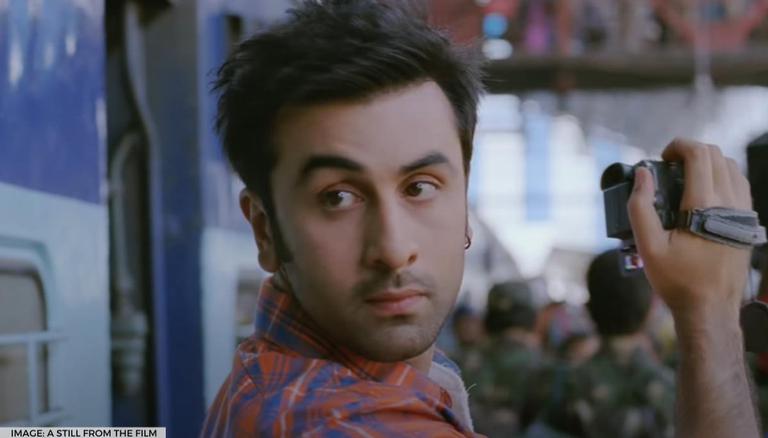 IMAGE: A STILL FROM THE FILM


Ayan Mukerji's Yeh Jawaani Hai Deewani which released in 2013 clocked eight years on Monday, May 31, 2021. The movie, starring Ranbir Kapoor, Deepika Padukone, Kalki Koechlin, and Aditya Roy Kapur, has struck a chord with the audience. Though the film was released on this day eight years ago, it still feels fresh out of the oven every time it reruns on TV or is binged on an OTT platform. As Yeh Jawaani Hai Deewani celebrates its 8th anniversary, Ranbir Kapoor's devoted fans took the internet by storm where they started trending the hashtag #RanbirKapoor on Twitter as they remember his iconic character Bunny.

Taking to the micro-blogging site, netizens went all out to share pictures, videos, and several posts of the actor in the film. They seemed very happy and excited as the film completed eight long years. Some of the users remembered the actor’s iconic dialogues, while others were all gaga over his performance and how it’s going to be their favourite forever. Apart from the #RanbirKapoor, some also went on to trend #8YearsOfClassicYJHD.

One of them wrote, “#8YearsOfClassicYJHD - One film I keep going back to, whenever I'm down or bored. The unmatched energy that #RanbirKapoor carries through along with #DeepikaPadukone's gorgeous presence just lifts my spirits every time. Bunny, Chashmesh and the OMGSOAWESOME songs Heart suit”. Another one wrote, “A good movie to watch with some wonderful songs. #DeepikaPadukone looked extremely beautiful in each frame she occupied in this movie. #RanbirKapoor gave a very good performance. #8YearsofClassicYJHD”. Check out a few more comments below.

A good movie to watch with some wonderful songs. #DeepikaPadukone looked extremely beautiful in each frame she occupied in this movie. #RanbirKapoor gave a very good performance. #8YearsofClassicYJHD

When the trailer was released on that day only I decided to watch this movie but I hadn't watched it but just a weak ago I watched it & I really enjoyed this movie.. #RanbirKapoor was looking so smart so handsome .Loved every character of it and the songs were also osm 😍🖤❤ https://t.co/e2GSPWkxY2

Congratulations #YehJawaaniHaiDeewani #8YearsOfClasicYJHD#ForeverBunny ❤️
One of the Bollywood movie 🍿 which will always boost you and will never bore you no matter how many times you watch it.#RanbirKapoor pic.twitter.com/0rRzR6Lh5z

#8YearsOfClassicYJHD - One film I keep going back to, whenever I'm down or bored. The unmatched energy that #RanbirKapoor carries through along with #DeepikaPadukone's gorgeous presence just lifts my spirits every time. Bunny, Chashmesh and the OMGSOAWESOME songs ♥️

#YJHD is not just a movie it's an emotion , it's one of my comfort movie , I can watch it any no of time it will gives me the same vibe ,
Its song r so damn good u can't resist from hearing....#8YearsOfClassicYJHD
This movie remains Iconic #DeepikaPadukone #RanbirKapoor pic.twitter.com/9few47m55S

Yeh Jawaani Hai Deewani, starring Deepika Padukone and Ranbir Kapoor in lead roles, tells the story of Kabir, who meets Naina on a trekking trip. The story continues when Naina falls for him but does not express her feelings, and years later they meet at a friend's wedding and their unrequited love is rekindled. Directed by Ayan Mukerji, the movie also stars Kunal Roy Kapoor, Tanvi Azmi, and Farooq Shaikh in prominent roles. Yeh Jawaani Hai Deewani has easily found a place among 2013's blockbuster films. Following Yeh Jawaani Hai Deewani, Deepika and Ranbir appeared in Imtiaz Ali's 2015 film titled Tamasha.

Image:  A Still from the Film