'A Few Good Men' To 'Magnolia'; Tom Cruise's Films To Watch Ahead Of 'Top Gun: Maverick'

Tom Cruise is currently gearing up for the release of his film 'Top Gun: Maverick,' in which he will reprise his role as Captain Pete 'Maverick' Mitchell. 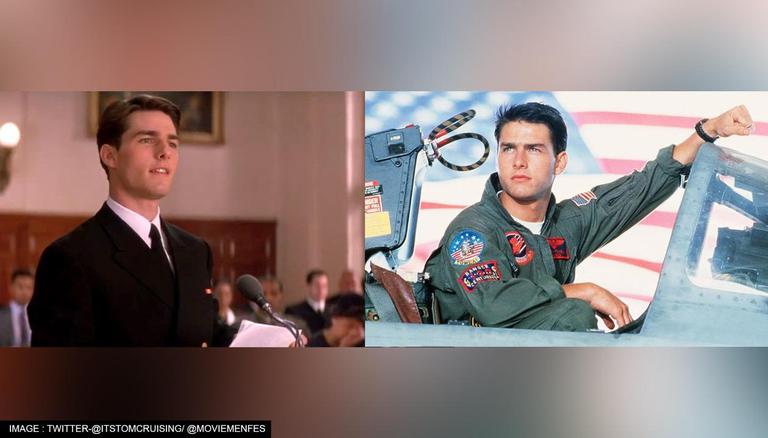 
Tom Cruise is currently gearing up for the release of his film Top Gun: Maverick, in which he will reprise his role as Captain Pete 'Maverick' Mitchell. The film is set to hit the big screens on May 27 and will be the sequel of the actor's hit 1986 film, Top Gun. Ahead of the release of the actor's much-awaited film, here are some movies to watch, in which Tom Cruise stepped into the shoes of versatile characters and did justice to the roles.

Available on Netflix and Amazon Prime Video, Jack Reacher: Never Go Back sees Tom Cruise as the titular character, who is a former investigator. Major Susan Turner, played by Cobie Smulders is wrongfully arrested, and Jack Reacher takes it upon himself to prove her innocence. While on this journey, he also uncovers a massive conspiracy, making for an interesting watch for the audience.

Available on Amazon Prime Video, Cruise is seen taking on the role of a USA military lawyer named Daniel Kaffee. The film sees him in action in the courtroom as he is tasked with defending two US marines, who have been charged with the murder of a fellow marine.

Top Gun: Maverick is the sequel of this hit film, which was released in 1986, but has not lost its charm. The film follows Pete 'Maverick' Mitchell as he works hard to rise to the top as a naval aviator. He also navigates through life, love and grief along the way. Apart from him, the film also stars Val Kilmer, Kelly McGillis and others. The film is available for rent on Amazon Prime Video.

The 1999 film, which is available on YouTube features Tom Cruise in a new avatar, as he plays Frank in the emotional drama. The film stars Jeremy Blackman, Melinda Dillon, Philip Seymour Hoffman and others. It is all about family, forgiveness and searching for happiness.

Touted to be one of the best action films in Hollywood, Tom Cruise's Mission: Impossible series has won hearts across the globe. The film sees the actor playing Ethan Hunt, an American special agent in the film series and is currently gearing up for the release of Mission: Impossible 7. The first film of the franchise was released in 1996 and also starred Ving Rhames, Emmanuelle Béart and others. Fans can watch the movie on Amazon Prime Video.