After 'Army Of The Dead', What's Next For Zack Snyder? Find Out Below

Zack Snyder's zombie apocalypse film, 'Army of the Dead' has released. 'The Justice League' director has quite a few projects in the pipeline 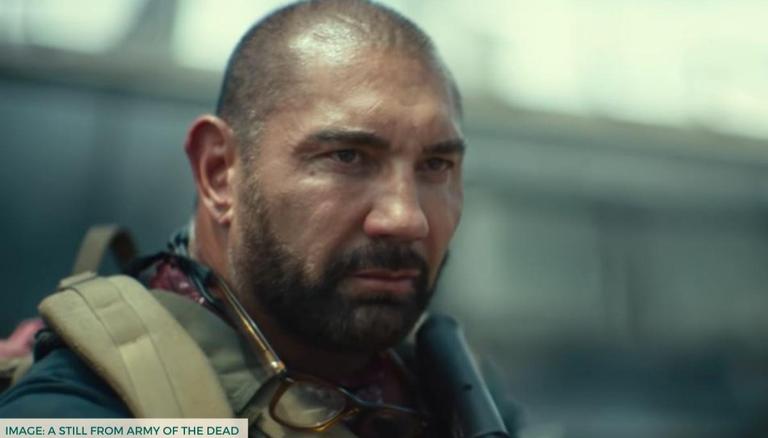 IMAGE: A STILL FROM ARMY OF THE DEAD


Zack Snyder’s highly anticipated film Army of the Dead has finally released on Netflix. The film revolves around a zombie apocalypse that unfolds in Las Vegas. Since Justice League (Snyder Cut), DC fans have been awaiting to see more projects and endeavors by Zack. So now that Army of the Dead has been released, what’s next for Zack Snyder? Find out below.

Zack Snyder’s upcoming movies after ‘Army of the Dead’

The internet was abuzz last year after DC fans flooded social media demanding Warner Bros. to release Justice League (Snyder Cut). Finally, in March Justice League through Snyder’s perspective was released. After Justice League, Zack embarked on a new journey with the Netflix film, Army of the Dead. Army of the Dead released on May 21 and has received positive reviews from audience.

While audience is busy watching the zombie takeover in Las Vegas in Army of the Dead, a prequel of the film is on its way. According to Games Radar’s report, Matthias Schweighöfer a.k.a. Dieter will be reprising his role in a prequel of the film. This prequel has been titled, Army of Thieves. The film has also been directed by Matthias and is expected to release on Netflix this year. Hence, Snyder’s one project paved the way for this prequel.

READ | Zack Snyder on banning chairs on the sets of 'Army of the Dead': "There's no sitting down"

Zack Snyder is also teaming with Netflix for a second animated series. According to The Hollywood Reporter Zack will be collaborating with his frequent project partner Jay Oliva, for this series. Jay has previously worked on films like Justice League, 300: Rise of an Empire, Batman vs Superman: Dawn of Justice, and Man of Steel. Jay Oliva has also produced Netflix’s anime series, Trese.

READ | Where was 'Army of the Dead' filmed? Know shooting locations of the Zack Snyder movie

IMAGE: A STILL FROM ARMY OF THE DEAD

READ | 'Army of the Dead' cast: A look at the actors and their characters in Zack Snyder's film
READ | Zack Snyder is okay with Martin Scorsese calling superhero films 'not cinema'