Alison Brie has been finalised as the leading lady opposite John Cena in the action-comedy 'Freelance', being helmed by 'Taken' fame Pierre Morel. 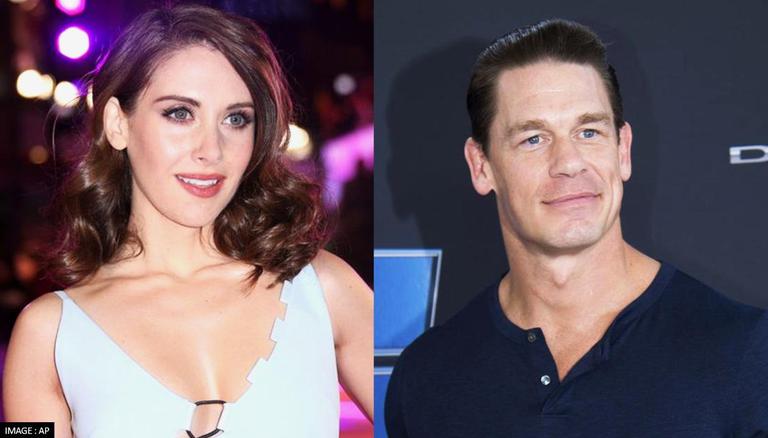 
There is excitement growing over John Cena's recent release, Peacemaker. The wrestler-turned-actor has been in the news over the release of the superhero series two days ago but has been involved with other projects in the meanwhile. Among the latest that the Hollywood star is featuring is Freelance.

The reports about the film had first emerged two months ago, and now there are developments on the cast of the film too. As per the latest buzz, Alison Brie has joined the cast of the project.

Alison Brie, as per a report by The Hollywood Reporter,  will be portraying the character of a journalist in the film. At the time of the news of the development of the film emerging in October, it had been reported that the story of the movie was about an ex-special forces operator, who provides security to a journalist.

The former soldier, played by John Cena, takes up the assignment as he tried to adjust to his new life involving the daily monotonous life, following his retirement from the Army. He then takes up this assignment and there comes a twist in the tale when there is chaos during the journalist's interview with a dictator. The crux of the story is about the duo then escaping the venue, landing in a jungle, and trying to return to safety while security personnel and animals chase them, the report added.

This will be the first time that John Cena and Alison Brie will be sharing screen space. The project is being directed by Pierre Morel. The director is well-known for his work in Taken. The film will reportedly be an action-comedy.

John Cena and Alison Brie on the professional front

John plays the titular character in Peacemaker, a killer who is tasked by the government to go to any extent for the purpose of peace. The series has been released on HBO Max and new episodes will air till February 17.

READ | Is John Cena's 'Peacemaker' releasing in India and UK? Everything we know so far

Alison had lent her voice for shows like Rick And Morty and Star Wars: Visions last year. She is also working on a romantic comedy film Somebody I Used to Know, alongside Jay Ellis and Kiersey Clemons.