After Tessa Thompson's recent movie 'Men In Black: International', the star is now gearing up for her upcoming 2020 film 'Sylvie's Love'. Read for more details

Tessa Thompson, currently basking in the success of her recently released film Men In Black: International, is gearing up for her upcoming movie titled Sylvie's Love, which is slated to release in 2020. The actor rose to fame with her breakthrough performance in Mississippi Damned in 2009 and ever since then, she has done a plethora of movies in her career. Majorly known for her commendable performance in Avengers Endgame and Thor: Ragnorak, Tessa has reportedly also appeared as Juliet, in Romeo and Juliet: Antebellum New Orleans, 1836, at The Theatre at the Boston court, which bagged her a theatre award nomination too. As she is now prepping up for Sylvie's Love, here's all you need to know about Tessa Thompson's upcoming movie.

Helmed by Eugene Ashe, Sylvie's Love will reportedly chronicle the story of a woman, who works under her father's record store in Harlem in the late 1950s. The movie stars Tessa Thompson in a lead role, playing the role of Sylvie in the film, an aspiring television producer who falls in love with Robert (Nnamdi Asomugha), a talented saxophonist, over the course of the summer of 1957. Years pass, the world changes, and their lives take different paths, but when Sylvie and Robert meet again, they discover that their feelings for each other remain and both must decide what they truly want.

Meanwhile, Popular stars like Wendi McLendon-Covey, Eva Longoria, Lance Reddick, John Magaro and Aja Naomi King will also be a part of the romantic-drama. Produced under the banner of 1am21 Entertainment, Tessa Thompson's Sylvie's Love is one of the much-anticipated movies of 2020.

Read | Hollywood couples who grabbed eyeballs for their bold, stylish fashion choices in 2019

The first look of Tessa Thompson's movie was unveiled in mid-December, and fans gushed to talk about the poster of Sylvie's Love. In it, the duo, Sylvie and Robert are seen romancing each other in the middle of the streets. Have a look.

Read | Jared Leto Birthday: Hollywood Movies Of The Actor That You Must Not Miss At All 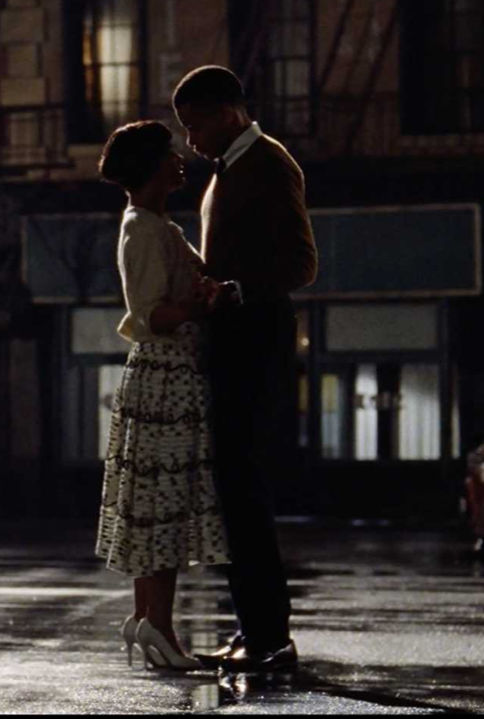