A juror from the Johnny Depp-Amber Heard defamation trial recently opened up about the trial verdict, stating that Heard had 'crocodile tears' during the trial. 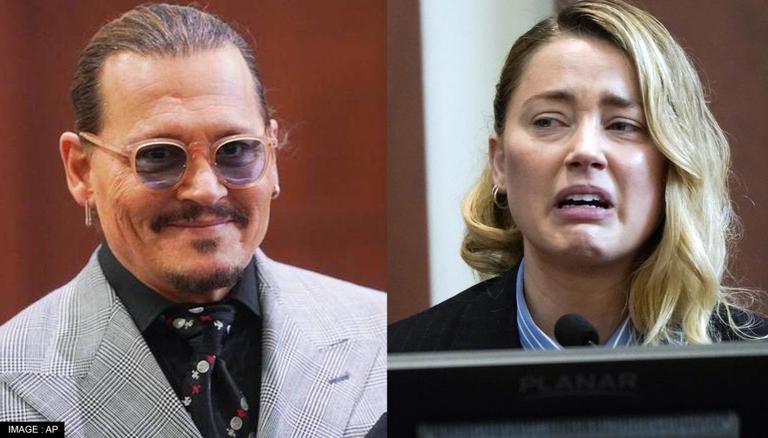 
On June 1, a Virginia jury ruled in favour of Johnny Depp in his defamation lawsuit against ex-wife Amber Heard. The verdict noted that the Aquaman actor defamed Depp when she wrote a 2018 Washington Post op-ed alluding to her past claims of domestic violence.

Depp was granted $15 million in damages for defamation, in contrast to just $2 million for Heard, who had counter-sued.

Now, a juror from the Depp-Heard defamation trial opened up about the trial verdict which ruled in the Pirates Of The Caribbean actor's favour, stating that Amber Heard had 'crocodile tears' during the whole trial.

Juror says Amber Heard had 'crocodile tears' during the trial

In a conversation with Good Morning America, a juror said that all of them were very uncomfortable with the crying, and facial expressions that she had during the trial. The juror continued,

"The crying, the facial expressions that she had, the staring at the jury. All of us were very uncomfortable. She would answer one question and she would be crying and two seconds later she would turn ice cold. Some of us used the expression 'crocodile tears'."

The juror went on to state that a lot of juries felt what [Depp] was saying, at the end of the day, was more believable, stating that he seemed "a little more real in terms of his response to questions." "His emotional state was very stable throughout", the juror noted.

'Both were abusive to each other': Juror

Reacting to the claims made by Amber Heard's team that social media platforms swayed the jury in favour of Depp, the juror exclaimed, "We followed the evidence… I and other jurors don’t use Twitter or Facebook. Others who had it made a point not to talk about it."

The juror then concluded that they both (Heard and Depp) were abusive to each other, adding, "I don’t think that makes either of them right or wrong…but to rise to the level of what she was claiming, there wasn’t enough or any evidence that really supported what she was saying."