Amber Heard Teases About Her Return To Play Mera In 'Aquaman 2'; See Picture

Amber Heard has kept fans pepped about her playing Mera in the sequel of Aquaman, teases with a throwback picture of her in the 'Mera' costume. 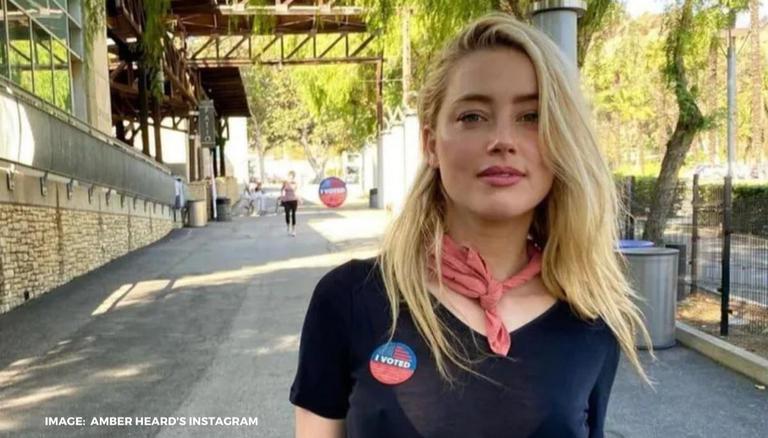 
Comic book genres are being widely loved and recognised by cinema-goers, which has led to studios giving form to their own cinematic universes. Of which, the DC Extended Universe is all set to roll out a number of projects, which also include Aquaman 2. Amber Heard, who portrays Mera has kept fans eager for the release by giving constant updates about the movie and her return to the franchise. Read along to know more about what the Mera portrayer had to say.

The actor took to her Instagram account and shared a throwback picture of herself dozing off on the sets, while she donned her character's costume. Amber’s costume in the Snyder Cut version of Justice League, didn’t allow her too much movement but the Aquaman one, does look quite comfortable. Heard who was taking a nap in the middle of filming, wrote with her picture, “Forgot my pyjamas” followed by the hashtags #tbt and #Aquaman2.

A sequel is in pre-production and has tentatively been titled Aquaman 2, however, no other details about the movie have been revealed as of yet, except that James Wan will be at the helm of this project too. A spinoff to the franchise, titled The Trench was earlier in the making but has been cancelled now and it is possible that the future of the underwater world will be seen in the upcoming movie. Amber has been keeping fans pumped up for the next movie, as she shares several throwback moments from the time when the 2018 movie was on floors.

Alongside, the actor is also receiving some backlash from netizens across the world, who are petitioning for Amber Heard to be removed from playing her role of Mera. This comes after and in response to her current legal battle with ex-husband Johnny Depp, who was fired from his role in Fantastic Beasts 3. Amber and her team have not given any comments about Depp's ouster from the project. The movie is slated to release in theatres by the end of next year, on December 16, 2022.