America's Got Talent season 16 premiered last night and featured live audiences and Judge Simon Cowell too. The first Golden Buzzer was awarded at the premiere! 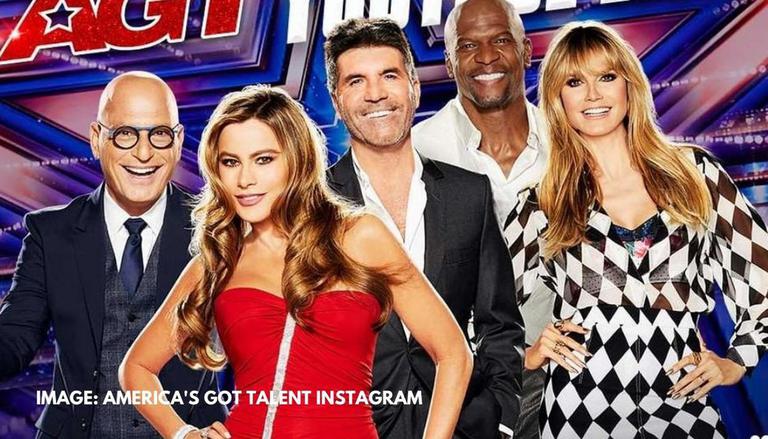 
The famous reality show America's Got Talent is back with its 16th instalment and the makers have decided to bring back live audiences! As the US has a majority of its citizens vaccinated, the American people are looking to start life pre-covid style as the CDC has allowed citizens who have taken two doses to walk mask-free. Upon this, America's Got Talent season 16 premiered on June 1, 2021, and saw an excited audience.

Judge Simon Cowell too is back for America's Got Talent season 16 and this has brought great relief to fans. Last year, Cowell had to stop judging mid-season as he met with an electric bike accident that injured his back very severely. He had to undergo intensive surgery and had a metal rod placed in his back. He has had months of physiotherapy and has finally been able to return to the show.

Terry Crews returns as host and last year's judges Heidi Klum, Sofia Vergara and Howie Mandel are also back on America's Got Talent 16. Sofia Vergara made her debut as a judge last year and viewers have liked having her around. The show will air auditions till July and start live shows from August and will announce winners in September.

READ | Heidi Klum gets into a legal feud with father Gunther Klum over daughter's name: Reports

At America's Got Talent 16 premiere, fans were shocked to see judge Simon Cowell return in shorts! Cowell was dressed in a dark blue long-sleeved t-shirt and white cotton shorts. Judge Howie too decided to twin with Simon for a bit and showed up in white shorts as well! A lot of Twitter fans reacted to America's Got Talent 16 premiere with gushing words. Take a look:

Hahaha @howiemandel and @SimonCowell twinning with their outfits! @AGT #AGTPremiere

I was missing this so much. A large crowd energy!
This season just started but I can already say it'll be GREAT!#AGTPremiere#AGT pic.twitter.com/71BKY9b0Zv

America's Got Talent season 16's judge Howie Mandel gave away his first golden buzzer to the Northwell Choir which was a group of nurses who were first responders during the pandemic. They performed "Stand By Me" Fans approved of Howie Mandel's decision!

The first episode saw many performances including singing, magic acts and comic acts. Fans and judges especially loved the musical trio, 1aChord who performed their own version of Coldplay's Fix You. Magician Dustin Tavella performed a magic trick and also touched hearts when he recounted his son's adoption story. Another act with mentioning was the comic act by Comedian Gerard Kelly who took to the stage to compete with his 7-year-old son Lil Hunter Kelly and left audiences in splits.

READ | Simon Cowell's birthday: His most memorable moments on television