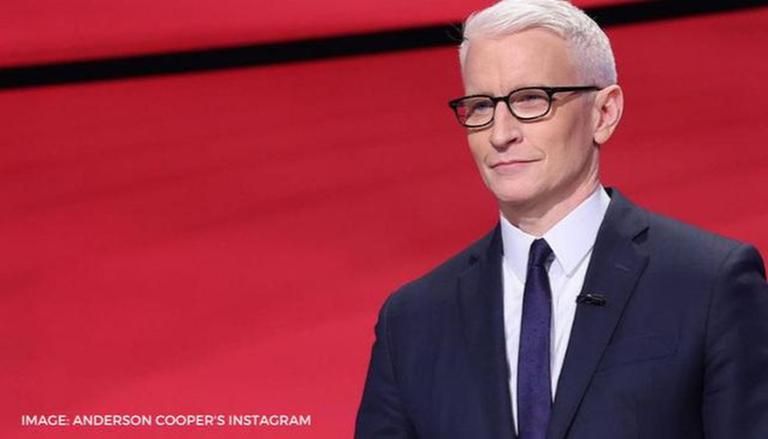 
CNN host Anderson Cooper was roped in to be one of the guest hosts in the iconic game show Jeopardy! while the makers of the show are looking for a permanent host after the death of its longtime emcee, Alex Trebek, in November last year. The ratings of the show for Anderson Cooper's debut week came out and according to the reports Anderson Cooper has drawn in the lowest ratings in Jeopardy's history.

According to Entertainment Weekly, the ratings of the show fell by 7% during Anderson's first week and it was the lowest debut for the game show's guest host. Anderson's first week in Jeopardy! which ended on April 25 had a rating of  5.1 which is lesser than Dr Mehmet Oz's 5.2 ratings during his stint in the show in early April 2021.

According to the media outlet, Anderson Cooper's 5.1 ratings resulted in the legendary show dropping from the number one spot of the top game show that week as Family Feud topped the charts by pulling in a 5.5 rating. The report claims that one of the reasons why the ratings for the show were low maybe because the daily live news coverage of the Derek Chauvin murder trial also aired during the same week with the guilty verdict coming out on April 20. The ratings of Anderson Cooper's second week on Jeopardy! has not been out yet.

Ken Jennings is the highest rated guest host to date for Jeopardy! as he pulled in a 6.2 rating in his first week. Ken Jennings was the first person to step in as a guest host in the show after Alex Trebek's passing. Quarterback of the Green Bay Packers, Aaron Rodgers landed a rating of 5.6 in his first week which dropped to 5.5 in his second week. TV journalist Katie Couric was also roped in to be the guest host for Jeopardy! but she didn't fare well as during her week Jeopardy! lost its top spot to Family Feud for the first time.

60 Minutes correspondent Bill Whitaker is slated to be Jeopardy's next guest host for the coming two weeks which will be followed by Buzzy Cohen, Mayim Bialik, Savannah Guthrie, Dr Sanjay Gupta, Joe Buck, George Stephanopoulos, and LeVar Burton in the coming weeks.