Angelina Jolie and Brad Pitt had a heated court battle over custody of their children. She is reportedly unhappy with the temporary decision of joint custody. 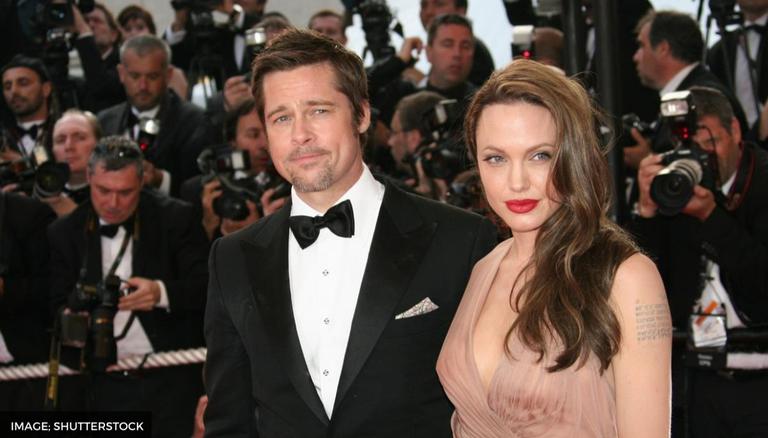 
Angelina Jolie and Brad Pitt had a heated custody battle for their children. Recently, Brad was granted temporary joint custody in a court of law. However, it seems like Angelina is not happy with Brad getting joint custody. Reportedly, she was disappointed by the decision made by the judge.

According to the reports of US Weekly, following a prolonged custody fight for Brad Pitt and Angelina Jolie's children, twins Knox and Vivienne, 12, Shiloh, 14, Zahara, 16 and Pax, 17, Brad was recently granted interim joint custody. Their eldest son Maddox, 19, is excluded from the custody as he is no longer a minor. Angelina was heartbroken by the verdict, which was not in her favour. According to a source, Angelina's evidence lacked credibility, and the decision was based on extensive testimonials from those who spent significant time with the children as well as well-regarded professionals.

While Pitt is overjoyed with the temporary shared custody order of his children, Jolie is reportedly already planning her next step. She will never forgive him for what he did and will use everything that she has got to appeal the joint custody agreement. The Eternals actor believes that it is far from over and she will make sure that justice prevails. Given that the present judgement is just temporary, the Once Upon A Time in Hollywood actor is allegedly aware that his ex-wife would attempt to appeal the verdict.

In March, Maddox had testified against Brad Pitt. On non-legal documents, he does not use Pitt as his last name and instead uses Jolie. He also wishes to legally alter his surname to Jolie, which Angelina has stated she opposes.

A look at Angelina Jolie's movies

Angelina Jolie's movies like George Wallace, Girl, Interrupted, First They Killed My Father, A Mighty Heart and In the Land of Blood and Honey garnered her immense popularity. The actor was recently seen in Those Who Wish Me Dead portraying the role of Hannah. The trailer of her upcoming Marvel film The Eternals recently released. She will be seen playing the role of Thena. The film is scheduled for November 5, 2021.