Angelina Jolie Wants To Play Eternal Thena Again But Is Not In A Solo Movie; Here's Why

Angelina Jolie shared that she wanted to play Thena again but is not interested in a solo movie as she did not want to separate from her 'Eternals' family. 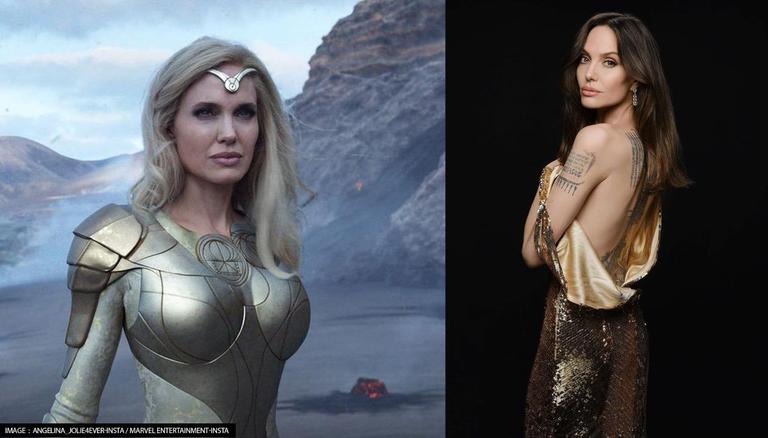 
Angelina Jolie made her Marvel Cinematic Universe debut through the movie Eternals, where she played the role of superhero Thena. The actor in an interview revealed that she would love to play the character again but a solo movie was out of the question as she did not want Thena to separate from her Eternals family.

Angelina Jolie plays the role of Thena, an elite warrior Eternal, who can form any weapon out of cosmic energy. In an interview for Brazilian outlet CinePop, the actor revealed that she would love to play the character again, however, she doesn't want a solo movie, "I loved being part of the family, so I have no desire to separate from the family. But I would be happy to play her again and explore even more deeply the struggles that she has. "

She added, "I think it’s fun thinking of where they’ve been over the years. We’ve got thousands of years worth of material. We can take her anywhere. I think that’s fun and I like the idea that we can pop up somewhere, maybe in other Marvel movies."

READ | Angelina Jolie reveals during her visit to India in 2006: 'never felt like an outsider'

Angelina Jolie has addressed some countries' decisions to ban Eternals as it features a same-sex romance. Countries like Saudi Arabia, Kuwait and Qatar will not release the Chloé Zhao-directed movie because of its portrayal of queer relationships and the inclusion of a same-sex kiss. Jolie, in an interview with News.com.au, said, "I’m sad for [those audiences]. And I’m proud of Marvel for refusing to cut those scenes out. I still don’t understand how we live in a world today where there’s still [people who] would not see the family Phastos has and the beauty of that relationship and that love."

READ | Angelina Jolie opens up about raising 6 kids; ‘I am very honest & human with them'

READ | Angelina Jolie dodges question about her relationship with The Weeknd; Read