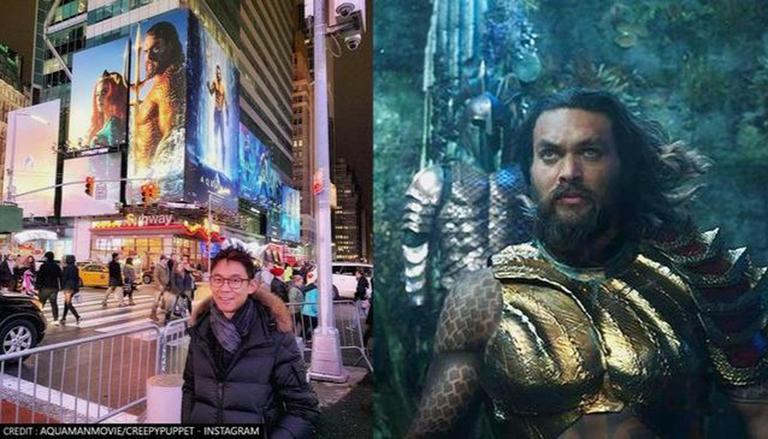 
Not much has been revealed about the upcoming sequel of Aquaman titled Aquaman and the Lost Kingdom. Recently the director of the movie James Wan, and opened up about Aquaman's second instalment and said that the movie was inspired by an Italian horror film from the 60s. The movie will see Jason Mamoa returning as Arthur Curry/Aquaman alongside Amber Heard, Patrick Wilson, Dolph Lundgren, and Yahya Abdul-Mateen II.

James Wan who is known for directing movies in The Conjuring Universe recently spoke on his upcoming venture, Aquaman 2. While talking to Total Film about the movie, Wan said, "Aquaman 2 is very heavily inspired by Planet of the Vampires." He added, "You can take the boy out of horror, but you can never take the horror out [of] the boy."

Meanwhile, plot details for the Lost Kingdom have yet to emerge, but fans think it has some relation to the lost city of Atlantis. As seen in the 2018 film that Atlantis was once a super-technological kingdom, but things went awry and it sunk. It broke up into seven pieces, only four of which managed to make a go of things. However. nothing is known about the seventh kingdom that Orm (Patrick Wilson) mentioned in the first film, and fans suspect that's where the Lost Kingdom is headed.

Wan further added, "The first movie took a lot of people by surprise, right? And that's partly because they were not familiar with the comic book, which deals in this very lurid, strange world. People were taken aback that I didn't throw all that stuff away and make a dark, heavy film. But I didn't feel that would have been right for it. So with the second film, I feel it will be easier for people to accept where we go because I've already laid the foundation."

'Aquaman 2' producer explains why Amber Heard is still in movie

Aquaman 2 producer Peter Safran recently clarified why actor Amber Heard was still in the movie, even after intense backlash. Fans of Johnny Depp started a social media-driven moment to remove his estranged wife Amber Heard from the movie after he was removed from the Fantastic Beast franchise by Warner Bros. Peter Safran explained that they would do what was best for the movie and would not take such a big decision under the pressure of fans. He added, "if it's [director] James Wan and [star] Jason Momoa, it should be Amber Heard."

READ | Yahya Abdul-Mateen II on 'Aquaman 2': 'The script is better than it was in the first one'

WE RECOMMEND
'Aquaman 2' star Amber Heard joins Jason Momoa in the UK; enjoys British summer
Jason Momoa dedicates ‘Aquaman and the Lost Kingdom’ to 8-year-old boy who died of cancer
Despite pressure from Depp fans, Amber Heard remains in 'Aquaman 2'; producer explains
Yahya Abdul-Mateen II on 'Aquaman 2': 'The script is better than it was in the first one'
Victory for Johnny Depp as judge dismisses Amber Heard's plea in $50M defamation suit