'Army Of Thieves': Here's The First Look Of Comedy-heist Prequel Of 'Army Of The Dead'

'Army of Thieves': Netflix dropped the first looks of the intriguing characters of the prequel of Zack Snyder's successful horror flick Army of the Dead. 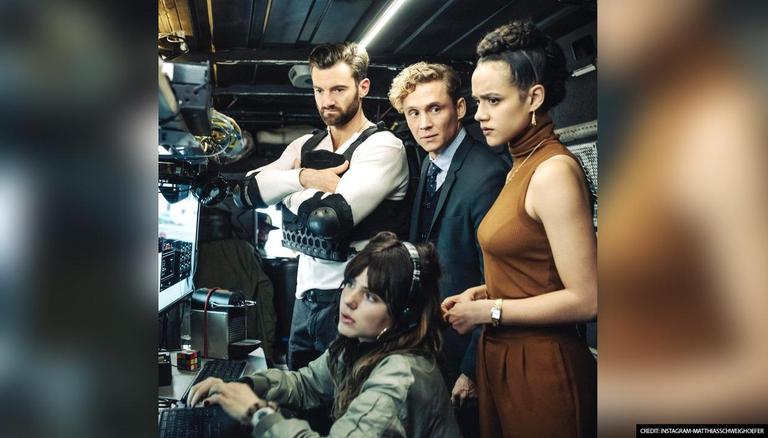 
The success of the Army of the Dead franchise will not stop here as Netflix has dropped the first look of the much-awaited prequel, Army of Thieves. Set before the events of the zombie apocalypse in Las Vegas, the comedy-heist movie gives a promise of sharing more insights into the story of Ludwig Dieter, the safecracker from Zack Snyder's zombie flick. Already excited fans now wait for the official release date of the prequel.

Followed by the massive success of Synder's Army of the Dead, Netflix ordered and finished the filming of its prequel Army of Thieves within just two months. Executively produced by Zack Snyder, the movie will be set in the backdrop of a world stricken by a zombie plague with financial chaos all around. Taking advantage of the situation, a group of criminals attempt to pull off a heist by breaking into a bank vault to steal the fortune.

The first look of the characters released on the official Instagram account for Netflix introduced the protagonist Ludwig Dieter along with Gwendoline, Brad Cage, Rolph and Korina. The characters are portrayed by Matthias Schweighöfer, Nathalie Emmanuel, Stuart Martin, Guz Khan and Ruby O. Fee respectively. Matthias Schweighöfer also helmed the movie. Nathalie Emmanuel, famous for Game of Thrones, will play the pivotal role of recruiting the team together in the movie.

More on Army of Thieves

While talking to Hollywood Reporter, Producer Deborah Synder dished on the premise of the upcoming heist movie and promises of an adventurous ride filled with thrill, comedy and dash of romance. Comparing the likes of The Italian Job and Ocean's Eleven, the producer stated that this movie is more of a heist movie with fewer zombies in it. She continued stating that the group of criminals in the movie will be seen taking advantage of the lawless and frenzied situation caused by the zombies to consolidate a huge sum of money from the bank.

The release date of the movie is yet to be announced by the filmmakers however, Army of the Dead is available to be streamed on Netflix. A spin-off of Snyder's horror movie titled Guzman of the Dead 420 is available on Youtube.