Awake: From Gina Rodriguez To Finn Jones, A Look At The Film's Star Cast 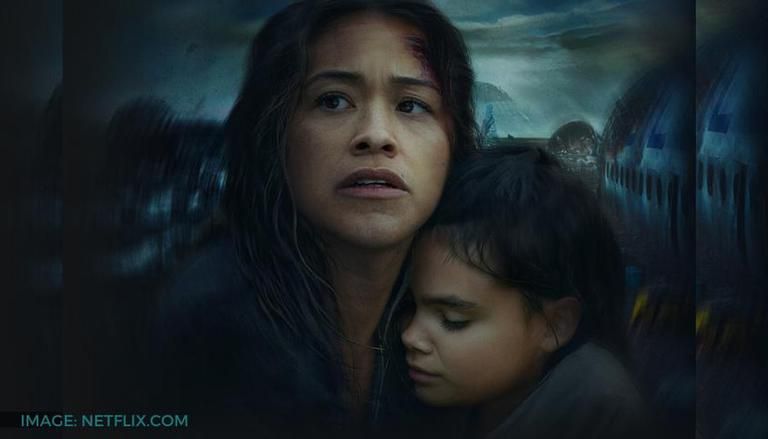 
Awake is a science fiction action film recently released on Netflix. Directed by Mark Raso, the screenplay is by Mark Wages and Joseph Raso and the story is by Gregory Poirier. The story shows a global event that wipes out all electronics and takes away humankind's ability to sleep. But a troubled ex-soldier may hold the key to a cure in the form of her own daughter. Know the movie's cast and characters.

Awake has Gina Rodriguez playing Jill Adams. She is an ex-soldier that has a troubled past. Adams is a mother of two children. Rodriguez's acting credits include Deepwater Horizon, Annihilation, Someone Great, The Bold and the Beautiful, Jane the Virgin, and more.

Among the pivotal Awake characters is Matilda Adams, portrayed by Ariana Greenblatt. She is the beacon of hope for society as she claims that she can sleep. Matilda is the young daughter of Jill.

READ | 'True To The Game' cast: Check out the actors of this crime-drama movie

Noah is the son of Jill. Young actor Lucius Hoyos essays the character in the movie. The boy has an important role in saving or destroying the planet further.

The character of Murphy is depicted by Jennifer Jason Leigh. Murphy is a psychiatrist who tries to use Matlida's ability to save everyone. Jason Leigh has appeared in movies such as Miami Blues, Single White Female, Short Cuts, Mrs. Parker and the Vicious Circle, The Machinist, The Hateful Eight, The Woman in the Window, and more.

READ | 'Armageddon' cast: Check out the actors of this science-fiction movie

Barry Pepper as Pastor the Preacher

Barry Pepper is seen in Awake as Pastor the Preacher. He leads the place where Jill takes her family for protection. Pepper has been in films like Saving Private Ryan, The Green Mile, Snitch, Maze Runner: The Scorch Trials, Crawl, and others.

READ | Can't wait for 'The Umbrella Academy' season 3? Here are other shows/movies by the cast

Among the important Awake characters is Brian played by Finn Jones. He is the one who advises people that they need to solve the problem or everyone will die. Jones has been a part of projects like The Last Showing, Leatherface, Game of Thrones, Iron Fist, and Dickinson.

#Awake on #Netflix brings familiar apocalyptic elements together in a way that feels fresh. Our review: https://t.co/l7z7cfJ7DJ pic.twitter.com/a4msBQPFE0

Brilliantly written, acted, and directed. This film could prove to be just as much a compelling watch as Bird Box.@jordanlyon1993 reviews #Awake, now streaming on #Netflix:https://t.co/hNzsJHu4IX

“Overall, an idea that could’ve been great but ultimately falls flat.”