'Batman: The Long Halloween Part One' And Other Shows Starring The Cast That You May Like

'Batman: The Long Halloween' part one stars the likes of Jensen Ackles & Jack Quaid. Here are the other movies/TV shows that the cast members starred in. 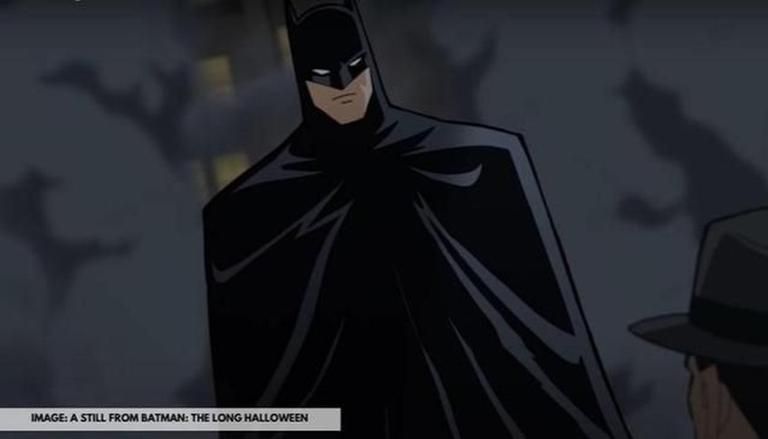 Image: A still from Batman: The Long Halloween part one

Josh Duhamel stars as Jack Spier in this film about an individual coming to terms with his romantic orientation when blackmailed into coming out to those whose opinions matter the most to him. The film sees Duhamel's character play one of that archetypical father-like figure with conservative views regarding the topic. The film, which has a rating of 7.6 on IMDb, is available for streaming on Disney+ Hotstar.

2) Step Up the TV series

The late Naya Rivera stars as Colette Jones in this series based on the Step Up film series. The show has seen the late star lead the central team in various competitions and give sage advice to those who need it. The show, which has a rating of 7.4 on IMDb, can be streamed on YouTube by those who have taken a paid subscription to the service.

The superhero satirical dramedy sees Jack Quaid, who plays the part of Alberto Falcone in the animated film, as Hughie Campbell. The show talks about what would happen if superheroes are treated and demands to be treated as celebrities and how would power essentially corrupt them. The show, which has a rating of 8.7 on IMDb, is available for streaming on Amazon Prime Video.

Jensen Ackles, who plays the titular caped crusader in the animated movie, stars as Dean Winchester in this supernatural sibling drama. The same sees the leading brotherly duo, one half of which being Ackles' Dean, take out supernatural beings as and when they encounter the same. The show, which has a rating of 8.4 on IMDb, is available for streaming on Amazon Prime Video.

This animated feature sees Troy Baker reprise his role of The Joker yet again. The movie follows its titular vigilante who is tasked to deal with the anomalies in the famous Arkham Asylum and deal with the animated version of The Suicide Squad. The movie, which has a rating of 7.5 on IMDb, is available for streaming on YouTube for a fee.

David Dastmalchian stars as Bob Taylor in this story about a father's crusade to find the truth behind the abduction of his children. The film sees him play a pivotal part in a story otherwise front-lined by the likes of Hugh Jackman and Jake Gyllenhaal. The film, which has a rating of 8.1 on IMDb, is available for streaming on Amazon Prime Video.

READ | Peter Weller birthday: Guess the right movie of the 'Batman' star based on just the plot

Titus Welliver stars as its titular homicide detective in this series about the crimes committed in Hollywood. The show in question sees the actor track down the perpetrators after zeroing in on one clue after the other. The series, which has a rating of 8.4 on IMDb, is available for streaming on Amazon Prime Video.