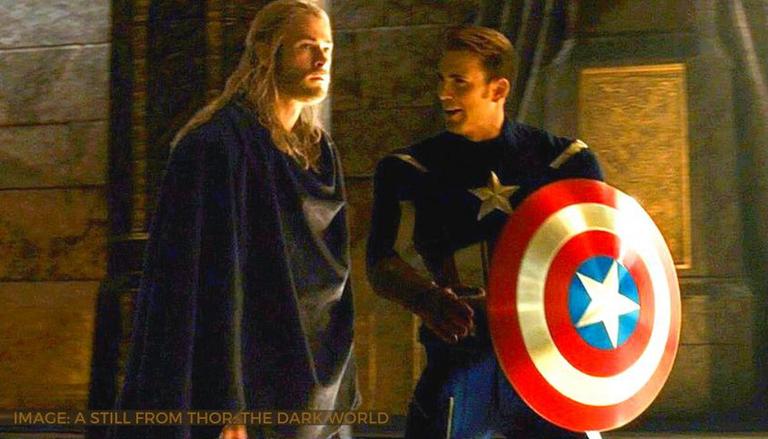 IMAGE: A STILL FROM THOR: THE DARK WORLD


Actor Tom Hiddleston will soon be returning as God of Mischief in Marvel's Loki series on Disney+ Hotstar. He has received high praise from critics for his performance in the Marvel Cinematic Universe (MCU) as the Norse mythology character. However, Hiddleston liked his co-star Chris Evans' portrayal of Loki in Thor: The Dark World.

In Thor: The Dark World, Loki turns himself into Steve Rogers aka Captain America for a short period to annoy his brother, Thor, played by Chris Hemsworth. The impersonation of Loki as Cap was depicted by Chris Evans himself. The actor had to be Captain America but with Loki's behaviour, manner, and style.

Now in a recent interview with Entertainment Weekly, Tom Hiddleston opened up about the scene. He said that it was a "very strange and surreal" moment, nevertheless enjoyable. The actor mentioned that he got to feel whatever the feeling of wearing a Captain America suit is, which is "definitely" a moment to remember for him. Hiddleston stated that then the makers played his footage to Chris Evans, and he did his "best impression" of Hiddleston doing an impression of Evans as Cap. He noted that the former Captain America actor did it brilliantly.

The God of Mischief is back and will be stepping out of his big brother, Thor’s shadow. The Loki series takes place right after the events of Avengers: Endgame. The character stole the tesseract in the film and then lands in a deserted area, before getting caught by Time Variance Authority (TVA). The first trailer has him making an escape plan, bringing out his knives as he fights some agents, and getting picked up by the Bifrost.

Loki cast includes Owen Wilson, Gugu Mbatha-Raw, Sophia Di Martino, Wunmi Mosaku, and Richard E. Grant in undisclosed roles. They will be making their debut in the MCU. The TVA is an organization that monitors the multiverse and can snip timelines if they are deemed too dangerous to exist. The God of Mischief is said to appear at different times in history and influence major events. It premieres on June 9, 2021.

IMAGE: A STILL FROM THOR: THE DARK WORLD