The BET Awards 2021 was graced by the newly formed band Silk Sonic. The duo performed their hit and only single Leave The Door Open and teased some new music. 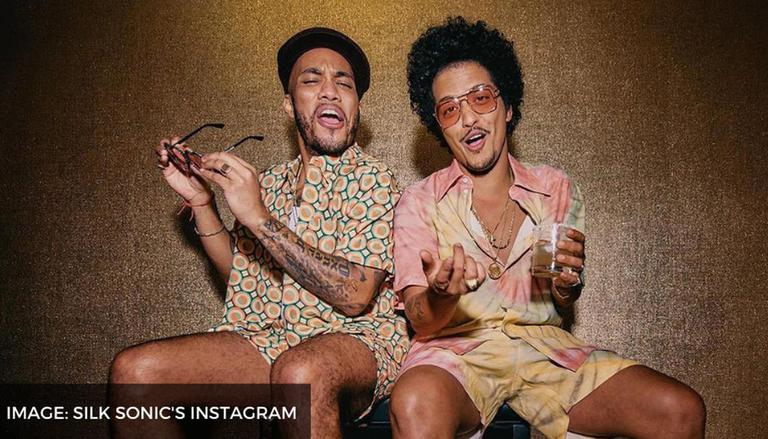 
BET Awards 2021 saw brand new talent with the latest dynamic duo, Bruno Mars and Anderson. Paak's Silk Sonic. The newly formed group didn't just leave with an award but also entertained the audience with a special performance to their hit single Leave The Door Open. Not only this, the duo surprised everyone by teasing some new music.

The exciting performance was full of 70's glamour introduced by Paak and Mars. The singers looked dapper in vintage suits and matching accessories as they performed at the Microsoft Theater in Los Angeles, California. At the end of the groovy concert, Silk Sonic even teased the audience by asking them if they wanted to hear their latest single. While the audience collectively cooed with a "yes", the duo decided to continue the suspense and went for an encore of Leave The Door Open instead.

Silk Sonic, who debuted their single Leave The Door Open on March 5 this year, went onto win the Best Group award at the award ceremony. They competed against nominees: Chloe X Halle, Migos, Chris Brown & Young Thug, City Girls, and 21 Savage & Metro Boomin for the title. In their acceptance speech, they promised fans there would be more music from their album, An Evening With Silk Sonic that would be "worth the wait".

READ | From DJ Khaled, DaBaby to H.E.R, check out the performance line-up at BET Awards 2021

Bruno Mars announced the band and the new album, An Evening With Silk Sonic, in late February this year. He also informed the media that the band was named by Rock and Roll Hall Of Famer Bootsy Collins after he heard their music. So far, the duo has introduced only one song which has managed to win fans' hearts. Leave The Door Open debuted on March 5, 2021, and became a hit with more than 3.8 million streams on Spotify in the same week. It took the spot of number 6 on the Spotify charts. The YouTube video of the song has also received more than 305 million views in three months. They have also performed the single at the Annual Grammys 2021 and the iHeartRadio Music Awards 2021.

WE RECOMMEND
From DJ Khaled, DaBaby to H.E.R, check out the performance line-up at BET Awards 2021