Billboard Music Awards 2021: The Jonas Brothers who closed the ceremony with their performance were also joined by Marshmello for a new collab track. 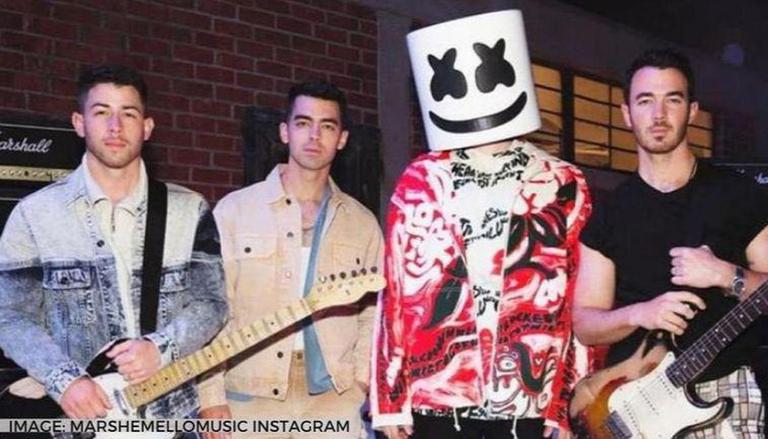 
The Jonas Brothers have now come together with DJ and producer Marshmello for their new track Leave Before You Love Me. The youngest of the siblings, Nick Jonas was hosting the recently held Billboard Music Awards 2021 on Sunday, while the group ended the show with a performance of the song along with the DJ.

Leave Before You Love Me debuted on Sunday, May 23, 2021, at the Billboard Music Awards 2021 held at the Microsoft Theatre in Los Angeles. The song which released a couple of days ahead of the ceremony is voiced by Jonas Brothers in collaboration with the popularly known DJ and music producer Marshmello. The track has a smooth and melancholic bit of pop-rock along with the 80s style of groove.

The lyrics of the song go – “Dancing on the edge ’bout to take it too far/It’s messing with my head how I mess with your heart/If you wake up in your bed alone in the dark/I’m sorry/Gotta leave before you love me”.  The group included it in their performance at the awards in the special medley of songs that they performed. DJ Marshmello also joined the brother trio for the performance, which was done at the end of the show.

The lyrical video of Leave Before You Love Me was released on May 21, 2021, on the YouTube channel of The Jonas Brother; shortly after they announced their massive summer tour. The tour commences from August 20 in Las Vegas and will also be supported by Kelsea Ballerini. The band of brothers is also set to release a new single, next month on June 18, 2021.

The new song is titled Remember This and will be a part of the promotional campaign done by NBC for the Tokyo Olympics. The band’s last release was the album Happiness Begins in 2019, which was also the first studio album by the trio as they revived after a decade long break. It debuted on the first position on the US Billboard 200 chart.