Hollywood actor Ana de Armas last seen in 'The Grey Man' has questioned the officials why the Marilyn Monroe drama, 'Blonde', has been given NC-17 ratings. 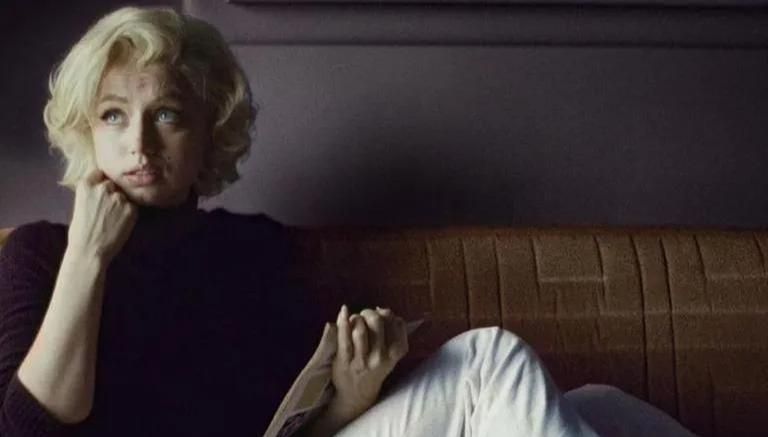 
Andrew Dominik's Blonde is all set to mark its world premiere at the Venice Film Festival and ahead of its release, the lead actor of the forthcoming film, Ana de Armas has questioned the officials why the Marilyn Monroe drama is rated NC-17. It is pertinent to note that earlier, in March, the Motion Picture Association labelled the film as a rare adults-only rating for "some sexual content".

The movie, which stars Ana de Armas as the Hollywood legend and is based on Joyce Carol Oates' novel of the same name, has received a lot of attention as a result of the rating.

Ana de Armas talks about Blonde getting the adult rating

As per the Hollywood Reporter, in a recent interview with the french magazine L’Officiel, Armas was asked about the rating. Responding to the question, she said,

"I didn’t understand why that happened. I can tell you a number of shows or movies that are way more explicit with a lot more sexual content than Blonde. But to tell this story it is important to show all these moments in Marilyn’s life that made her end up the way that she did. It needed to be explained. Everyone [in the cast] knew we had to go to uncomfortable places. I wasn’t the only one."

In a conversation with Vulture, Film director Dominik had earlier expressed shock over the film getting an NC-17 rating. Back in May, he had said, "I was surprised. Yeah. I thought we’d coloured inside the lines, But I think if you’ve got a bunch of men and women in a boardroom talking about sexual behaviour, maybe the men are going to be worried about what the women think."

Based on the novel by James Carol Oates, Blonde will focus on the legendary Marilyn Monroe's journey from when she entered the film industry in 1945 to how she became the most prominent sex symbol in cinema within no time, thereby exploring the harsh reality of the Hollywood industry that led The Niagara star to lose her sense of identity. Following its world premiere in Venice, the film will stream on the OTT giant Netflix from September 28.