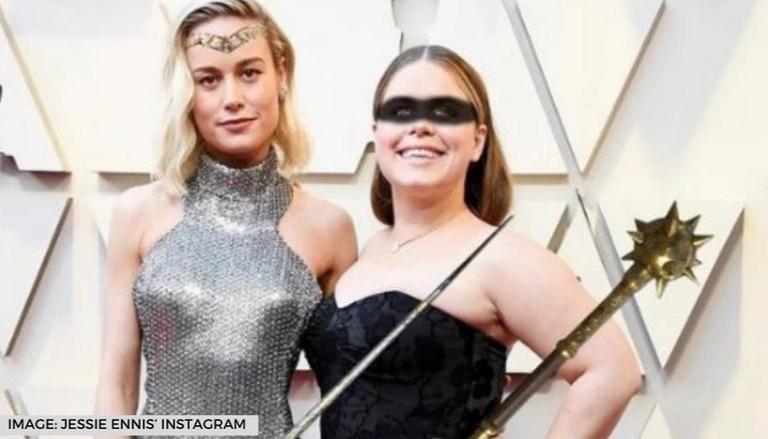 
Actor Brie Larson is very active on social media and also shares posts regarding her personal life. Brie has been quite vocal about being best friends with actor Jessie Ennis. Recently, on the occasion of National Best Friends Day, Brie wrote a heartfelt message on social media for Jessie.

Brie took to Twitter to share photos of herself with Jessie Ennis on the occasion of National Best Friends Day. In the tweet, she wrote, “The other half of my best friend necklace. The person who has seen me through every phase, fashion trend, and major moment in my life. I love you Jessiegirl. It’s really fun making a podcast with you. #NationalBestFriendsDay.” Take a look at her tweet below.

The other half of my best friend necklace. The person who has seen me through every phase, fashion trend, and major moment in my life. I love you Jessiegirl. It’s really fun making a podcast with you. #NationalBestFriendsDay pic.twitter.com/VOUXXppUoK

Brie and Jessie have been friends for a very long time. In an interview on the Kelly Clarkson Show, Jessie revealed the origin of her friendship with Brie. Jessie said that she met Brie at Williamston Theater Festival. Previously, the director of the popular movie Barry Jenkins had appreciated the performance of Jessie and Brie responded to Barry’s tweet mentioning that Jessie is her best friend. Barry had praised Jessie Ennis’ show Mythic Quest and asked why doesn’t Jessie have a Twitter profile. Brie has also participated in Jessie Ennis' podcast Learning Lots. Check out the tweets below.

Jessie is my best friend 🥰

Jessie Ennis has been a part of several popular shows.  She is known for shows like Mythic Quest, Super Intelligence, and Better Call Saul. She has even played a role in the popular movie Hits and directed a film called The Arms. She has played brief roles in several shows like Valley Girl, Love and Married. Meanwhile, on the professional front, Brie Larson was last seen in 2019 for movies like Captain Marvel, and Avengers: Endgame. She even played crucial roles in movies like Just Mercy and  Between Two Ferns: The Movie in the same year. She will be reprising her role as Carol Danvers aka Captain Marvel in the movie's sequel.

READ | Will Brie Larson bid adieu to the MCU after 'The Marvels'? All you need to know