At BRIT Awards 2021, these red carpet looks stood out in every way, making heads turn all over. Have a look at the celebrities and their appearances. Read. 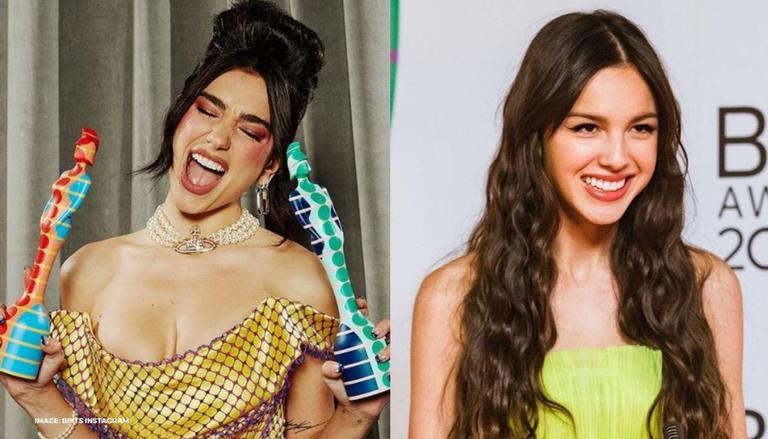 
The BRIT Awards were held on May 12, 2021, and numerous celebrities nailed the red carpet game with utmost style and grace. The event was attended by a series of celebrated international artists, most of which were also receiving awards for their works this year. Here is a list of the best-dressed celebrities who instantly stole the show with their unique and royal looks.

Singer and songwriter Dua Lipa was seen dressed in a Vivienne Westwood outfit which was one of the best-styled looks last evening. She was seen dressed in a dazzling yellow short dress which was attached with a long side tail. The dress had an off-shoulder pattern and had been accessorized with a white choker necklace which enhanced the style quotient. She was also seen wearing brown-dominant makeup while her hair was pulled up in a proper bun. Dua Lipa’s thigh-high stockings and gladiator-style heels also went well with the bright yellow look.

Harry Styles was also amongst a few of the best-dressed celebs at the BRIT Awards 2021. The actor and pop star was seen wearing a brown androgynous outfit by Gucci. The pantsuit had been studded with shades of brown and cream, giving it a Spring effect. His hair is seen neatly set up in the pictures while he is carrying a brown leather purse that matched the outfit. For footwear, Harry Styles opted for a set of white contrasting shoes which gives the outfit a contrasting touch.

Singer Olivia Rodrigo was seen dressed in a neon Christian Dior which looked chic, simple, and elegant at the red carpet event. The neon green strapless long dress had been topped with a contrasting brown waist belt which kept the look simple and classic. Her makeup had been kept light with minimum accessories, letting the outfit stand out in the attire. In footwear, Olivia opted for a set of black high heels with a strap pattern.

Arlo Parks also picked an androgynous suit which was a blend of classic and gorgeous. She was seen wearing a red formal pantsuit which had been put together with a simple white shirt. The nude and dazzling makeup and minimum accessories also added to the beauty of the look.

Adam Lambert was one of the show-stoppers at BRIT Awards 2021 in an animal print Dolce & Gabbana suit. He was seen dressed in a stylish monochrome pantsuit which had been paired with a few metallic neckpieces. He was also seen wearing block heel boots which went well with the simple and graceful suit set. The shimmery chest brooch and matching silver eye makeup kept the look well-coordinated, stealing the show instantly.