Netflix India posted a few stills of Jake Peralta from Brooklyn Nine-Nine on Netflix and asked fans which one they were today. Read what the fans said! 
The sitcom series Brooklyn Nine-Nine on Netflix India will be airing its last season this September. On June 17, 2021, Netflix India took to Instagram and posted a few pictures of Jake Peralta, played by Andy Samberg on Brooklyn Nine-Nine. They went on to caption the post, "Jake Peralta here to wish you a noice, toit, cool cool cool morning." They then asked their followers, "Which Jake Peralta are you today? We're the last one because it's still only Thursday 😱"

As soon as Netflix put up the post, their Instagram comments section was flooded with comments from fans that wanted Netflix to release the last season of the show as soon as possible. They even went on to express their sorrow because Season 8 would be the last season of the show. Some even went on to say that Brooklyn Nine-Nine was the best show that they had ever seen. 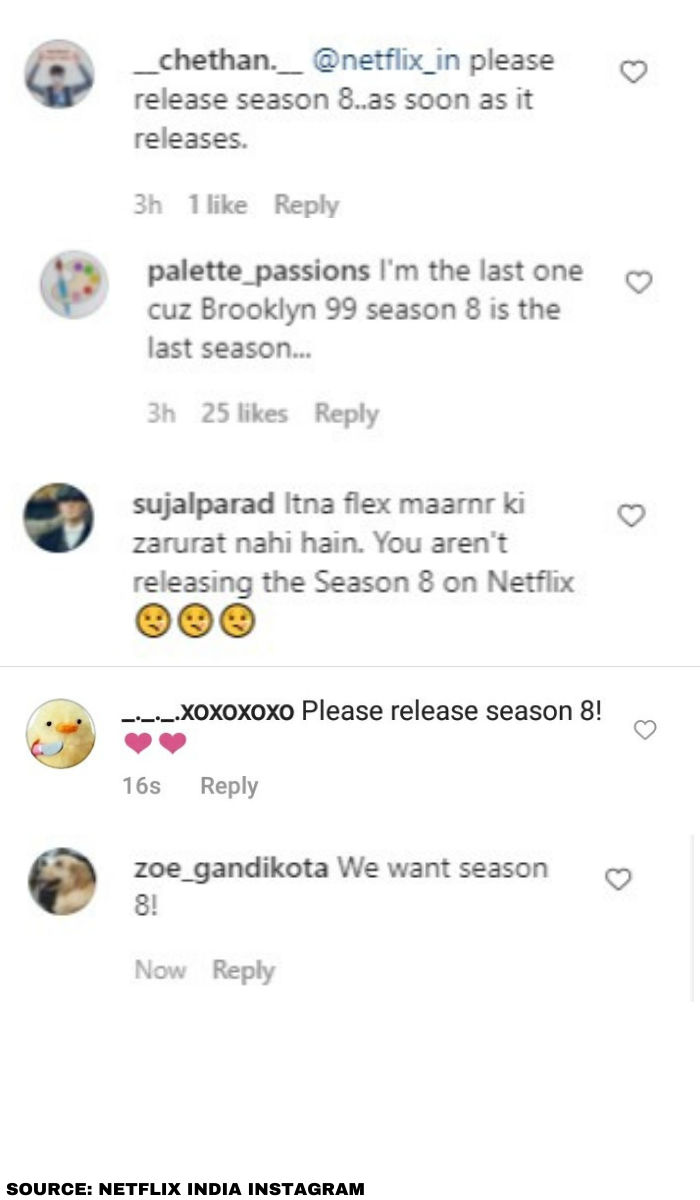 The cast of Brooklyn Nine-Nine

The story revolves around the 99th precinct of Brooklyn and its officers. The role of Detective Jake Peralta, one of the central characters, is played by Andy Samberg on Brooklyn Nine-Nine. Stephanie Beatriz plays Detective Rosa Diaz, while Melissa Fumero plays Seargent Amy Santiago. Joe Lo Truglio plays Detective Charles Boyle, while the show features Dirk Blocker as Detective Michael Hitchcock and  Detective Joel McKinnon Miller as Norm Scully. Terry Crews plays Lieutenant Terrance 'Terry' Jeofferds, who happens to be their reporting officer. The show features Andre Braugher as Captain Raymond Holt, who is the captain of the precinct.