Bryan Abasolo Speaks About Rachel Lindsay, Says 'she Challenges Me To Be A Better Man'

Bryan Abasolo spoke about the key to his happy married life and also shared his thoughts on his wife Rachel Lindsay. Read further ahead to know more. 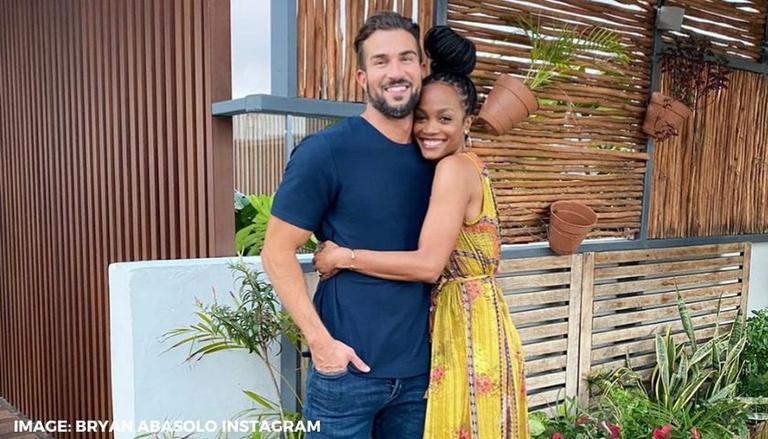 
The winner of Bachelorette season 13, Bryan Abasolo spoke about the reason he knows he has found his perfect match in wife Rachel Lindsay. The doctor appeared on the "Talking out podcast" and shared his thoughts about marriage and his wife in general. He also shared about the key to a successful marriage with Lindsay as he was joined by Jason Tartick.

Speaking about his wife, Bryan Abasolo said that he feels like his wife is the X factor for him. He continued this statement further by calling her a triple threat. He said that Rachel Lindsay is a woman with brains, beauty and personality who also happens to have a great sense of humour. Speaking a bit extensively about his wife, Bryan Abasolo added that she was a professional and had a career. He remarked that everything about her on paper was top notch and she was everything he would want in a woman. He then jovially added that Rachel keeps him on his toes and challenges him to be a better man. He concluded by saying that he feels like guys need that.

After a while, Bryan Abasolo spoke again and said that he is okay even with a little attitude that comes from her way. He said that one cannot be a pushover for him. He then quotes the rapper Drake and said that a little attitude can make stuff last. Bryan Abasolo pointed out that sometimes a person needs a little feistiness to keep the flame going. Jason, who also appeared on the same podcast, agreed with the statements of Bryan Abasolo. He further added to his statements and agreed to the points made in reference to his own relationship with Kaitlyn Bristowe. He said that he agrees with the points made by Bryan and he too needs someone to meet him in the middle and tell him about right versus wrong. He added that one needs to tell their partner when they are doing too much of something. He then continued to say that he needs a unit where things are 50-50 and they are partners. He added that his partner Kaitlyn certainly brings that out in him thus he can imagine that Rachel does the same for Bryan Abasolo as well.