Cameron Diaz recently opened up about stepping away from the film industry on Kevin Hart’s talk show, ‘Hart to Heart’. Diaz took on her last role in ‘Annie’. 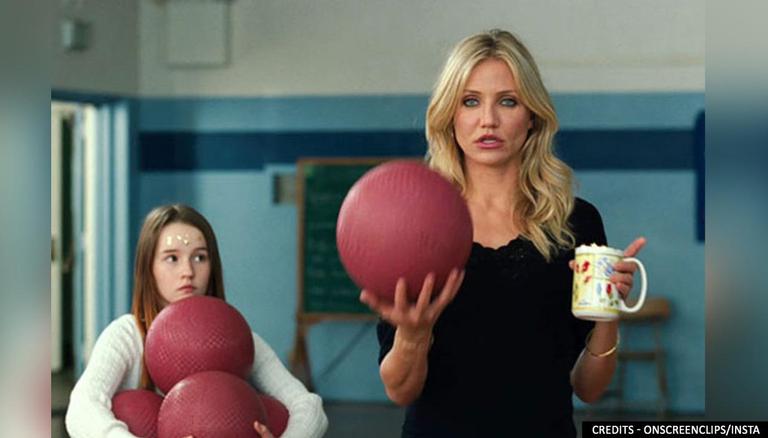 
Famous for her roles in The Other Woman, Bad Teacher and Charlie's Angels, among many others, Cameron Diaz finally opened up about stepping away from acting on Kevin Hart’s talk show, Hart to Heart. Diaz took on her last role in Annie in 2014 and has not been seen on the big screen since. The actor spoke to Hart about her thought process behind retiring from the film industry.

Talking about her decision, What Happens in Vegas actor mentioned that acting was taking up a majority of her time. She mentioned that because of investing so much time into acting, she wasn't able to manage other areas of her life. The actor said, “When you do something at a really high level for a long period of time, other parts of you have to sort of be handed off to other people.” She went on to explain that she realized how around the age of 40 there were so many parts of her life that she wasn't 'touching' and 'managing'.

She, however, also mentioned that she loves acting, but wants to add some simplicity into her life. On the talk show, she explained, “It’s fun to do, I love it. I love acting. For me, I just really wanted to make my life manageable by me. My routine in a day is literally what I can manage to do by myself.”

READ | Cameron Diaz to be selective about work, wants to focus on her baby

Diaz, who also starred in Knight and Day, mentioned that she believes the people surrounding a person play a major role in keeping things moving. She also stated that some people who used to manage her did not always have her best interest at heart. She said, “I really do think it's about the people you have in your life that can help you keep things moving. And I had some amazing people, and I had some people who were not always serving my best interests. But you don't have time to figure those things out if you are just going, going, going, going with blinders on."

READ | Cameron Diaz 'at peace' after retiring from films, says 'wanted to be self-sufficient'

She also said that her functioning at a high level only as an actor was not enough for her. In the talk show, she mentioned, “Me as a human being, not me as Cameron Diaz, because Cameron Diaz is a machine, but for my personal, spiritual self, I was realizing that it's kind of like that one part of me that was functioning at a high level wasn't enough.”

READ | Drew Barrymore reveals how her 'racy' text intended for Cameron Diaz got sent to stranger
READ | Cameron Diaz on making Hollywood come back; says, 'it's a different time in my life'

WE RECOMMEND
Cameron Diaz on making Hollywood come back; says, 'it's a different time in my life'
Cameron Diaz reveals the real reason behind her long break from acting
Cameron Diaz says 'have to live to be like 107' after becoming mother at the age of 47
Cameron Diaz responds to fan reactions to her and Nicole Richie being related
Markie Post, TV veteran actor of 'Night Court,' dies at 70