On Tom Holland's birthday, here are some of his best scenes as Peter Parker / Spider-Man from the MCU. Check them out and read more information on them. 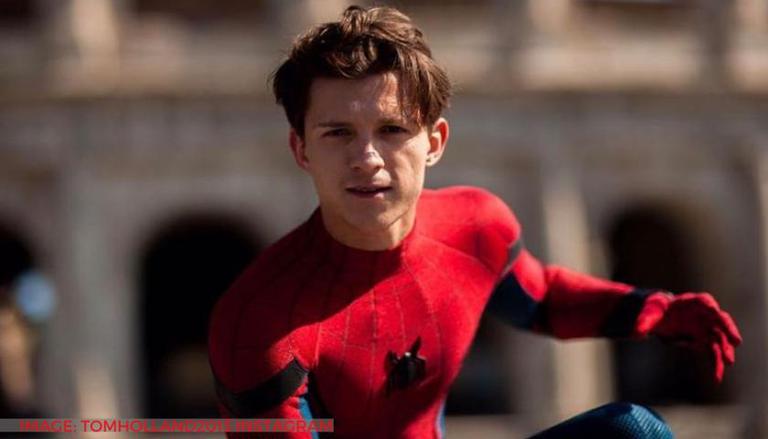 
Tom Holland has garnered worldwide fame with his portrayal of Peter Parker / Spider-Man in the Marvel Cinematic Universe (MCU). The actor was born on June 1, 1996, in London. On the occasion of his 25th birthday, check out some of his best scenes as the web-slinger yet.

On Tom Holland's birthday, some of his best Spider-Man scenes from MCU

Spider-Man's debut in the MCU

Tom as Spider-Man made his first appearance in Captain America: Civil War. He joined Team Iron Man and his iconic landing scene as he takes the shield from Captain America filled the audiences with joy. His airport battle and talk with Steve Rogers were also major highlights.

Peter Parker just gets his new Spider-Man suit from Tony Stark. He tries to catch a villain, the Vulture, on a ferry. However, his plan fails as the ship gets torn apart into two parts. Spidey uses all of his strength and web to keep it together, giving fans the popular scene. In the end, Iron Man helps him save the day.

Even after Peter Parker's suit is taken away from him, he decides to stop the Vulture. He dons his old suit and battles against the villain. The young hero gets trashed by the old baddie and trapped under a destroyed building. But Peter doesn't lose his hope, he backs himself gets out of the fallen building, a scene straight from the comics. It leads to him defeating the Vulture in the end, without his Stark tech suit.

READ | Tom Holland gave auditions for 'Star Wars: The Force Awakens' but ruined it, know how

Although Iron Man advises him to go home, Peter Parker boards the spaceship where Doctor Strange is captured by Ebony Maw. At first Tony Stark scolds him as he broke his rule, but later, teams up with him to save Doctor Strange. After the rescue, Tony makes Peter an Avenger.

Iron Man, Doctor Strange, Peter Parker, and Guardians of the Galaxy fail to stop Thanos on his planet, Titan. As the supervillain goes to the Earth, he defeats the Avengers and Wakanda's army. With all the infinity stones the mad titan snaps his finger erasing half of the universe. On Titan, the heroes start to disappear. Peter also feels something is wrong with him due to his spider sense. He cries for help from his mentor Tony Stark and vanishes like the rest. The scene surely made everyone teary-eyed.

Hulk manages to get everyone back with his snap. As the final battle against Thanos and his army is going on, Peter Parker, who went missing for five years, reunites with Tony Stark. He explains how Doctor Strange bought him back and emotional Tony just hugs him tightly. A sweet moment right before the tragedy.

Throwing the infinite gauntlet back in time becomes a task. Spider-Man gets hold of the gauntlet and all of the chitauri aliens start attacking him. In the dier situation, Peter Parker commands his Iron-Spider suit to activate instant kill mode. He then goes on to fly with Thor's hammer and is also protected by Captain Marvel and other female heroes.

After being betrayed by Mysterio, shattered Peter Parker calls Happy to help him. Happy gets him in the private jet and tells him that he should make a suit for himself. Peter dives right into it as he creates his new Spidey suit with Stark industries' technology. The scene gives a glimpse at his own intelligence and of his mentor Tony Stark.

During the final battle against Mysterio in Spider-Man: Far From Home, the young superhero decides to trust his instinct. As everything he sees is a mirage, Peter Parker uses his special spidey-sense. He destroys the drones on the bridge without even opening his eyes. It is the first time he uses this special ability.