Zoe Kravitz and Channing Tatum are continuing to fuel dating rumours as they step out for a cup of iced coffee on a hot summer's day in NYC. 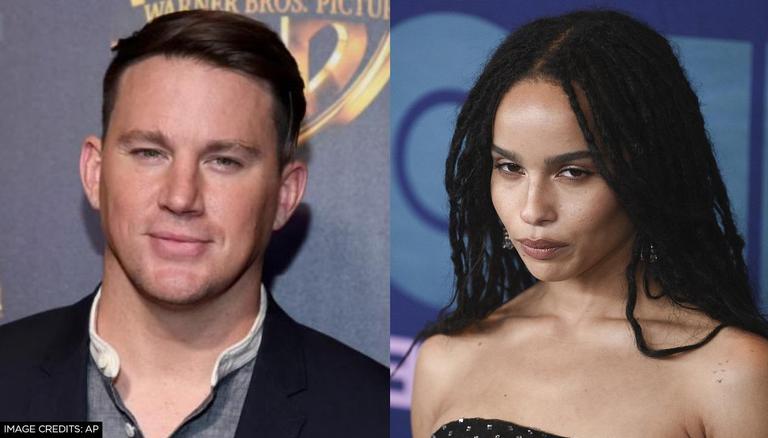 
Looks like Bennifer has some competition for Hollywood's hottest couple because Zoe Kravitz and Channing Tatum just turned up the heat! Tatum and Kravitz, who were spotted a few days ago taking a bike ride, have once again been spotted while having coffee together and it looks like another date. Here's what we know about the alleged couple -

zoë kravitz and channing tatum out in nyc pic.twitter.com/47QdhyVv0S

Channing Tatum and Zoe Kravitz latest outing - Are they dating each other?

According to a report by People Magazine, Kravitz and Tatum have been spotted once again getting coffee in NYC. The alleged couple could be seen enjoying what looked like large iced coffees and laughing heartily on Thursday, 19 August. Kravitz could be seen donning a midi blue slip dress and yellow block heels while Tatum opted for a casual white Tee, baggy jeans, and Converse sneakers.

Tatum and Kravitz first sparked dating rumours a few days ago, when the two were spotted taking a bike ride in NYC. Kravitz could be seen with her arms around Tatum's shoulders as she stood on the back pegs of his BMX bike while he rode down the sidewalk. While the alleged couple's recent outing may give one the impression that they're dating, neither of them have confirmed the news so far.

channing tatum and zoë kravitz...not what I expected today. pic.twitter.com/PvTNyu9WPZ

The duo is scheduled to work together on Kravitz's upcoming directorial debut film, Pussy Island, which is a thriller starring Tatum as tech mogul Slater King who takes a cocktail waitress named Friday, to his private Island. According to the report, the couple was also speculated to be dating at the beginning of the year, however, a source told the aforementioned outlet back then, that the news was not true.

Back in January, the source had said, "They're working together on an upcoming project and it's not true that they're dating." Back in June 2021, Kravitz, in an interaction with Deadline, spoke about how Channing Tatum was her first choice for the film. Pussy Island will be produced by Kravitz, Tiffany Persons, Bruce Cohen, and Tatum's Free Association company.

In June, Kravitz had said, "I just knew from Magic Mike and his live shows, I got the sense he's a true feminist and I wanted to collaborate with someone who was clearly interested in exploring this subject matter." On the other hand, Tatum was seemingly not expecting Kravitz's interest in casting him since they did not know each other very well. However, he reportedly admitted to being grateful for a "chance to play a role like this," which is different from anything he has done before.

"It was scary and liberating, just to be able to have a free conversation, where I was allowed to mess up, and say the wrong things. It became less about men and women and on more of a human thing that will open people's eyes, rather than us drawing lines in the sand, the you're a man, I'm a woman, it's [an] us-against-you thing. This goes deeper in a direction I'm fascinated by and I'm interested in seeing how people receive this and break it down in their own lives. And what they think the movie means and how would they have made decisions."

WE RECOMMEND
Zoë Kravitz says she was "attacked" with a kiss by a singer who made it look consensual!
Channing Tatum shares 'The Lost City of D' BTS pic hinting at an intense action scene
Channing Tatum 'levels up' as he shows off his 'braid game' with daughter's photo
Does Channing Tatum have a child? Know more about his and Jenna Dewan's daughter
Did Zoë Kravitz make Channing Tatum change his choice in footwear? Find out