Channing Tatum reacts to the 'Sexy Beasts' concept and says that the show probably cannot be a real one. Read on to know more about what he said and the show. 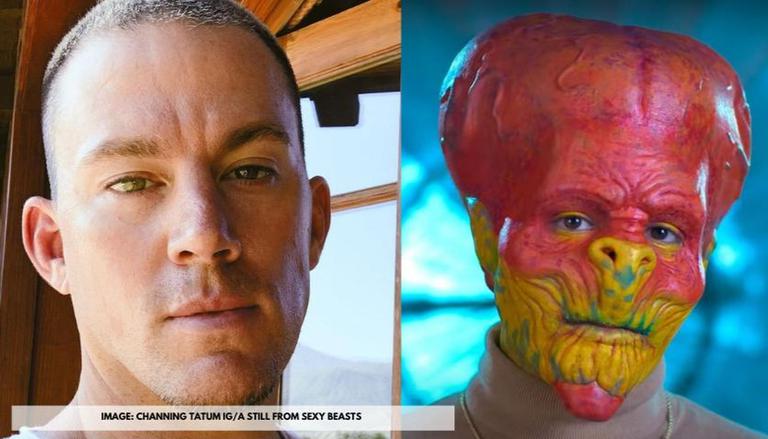 
Channing Tatum's Instagram family quite recently got to see the actor expressing his astonishment over the concept of Netflix's upcoming dating reality show, Sexy Beasts. While talking about the same, the actor jokingly questioned the authenticity of the show, as the actor, as per his post, could not believe the same to be real. The post in question also gives its viewers an overview of what the show is about. The same can be found below. 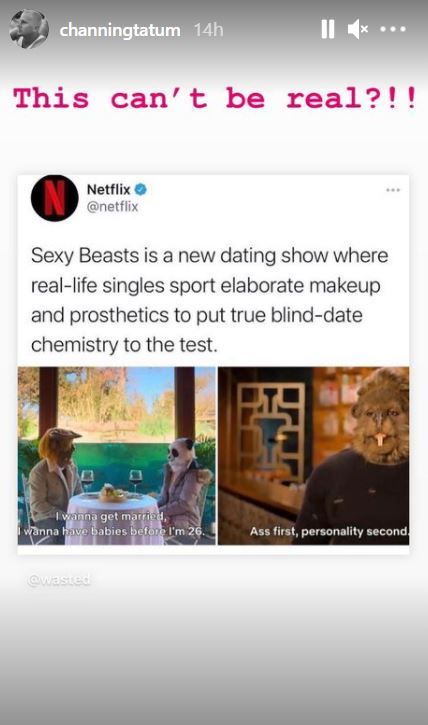 A little about Sexy Beasts:

Sexy Beasts is an upcoming dating reality show that will see some of its contestants, much like The Masked Singer and The Masked Dancer, put on elaborate getups and go on blind dates, effectively negating the role played by the outward appearance in a relationship. The recently-released Sexy Beasts trailer sees a handful of strangers spending time with each other and asking questions related to appearance and see things unfold between them as one would expect to happen between the two contestants of a dating reality show. The same can be found below.

As far as details regarding Sexy Beasts cast list and the release date for the same is concerned, all episodes of the same will be made available for streaming on July 21st. On the cast list front, nothing has been revealed by the makers of the same as yet. More information on it will be shared with the readers as and when they are made available.

What is Channing Tatum up to right now?

As far as his professional commitments are concerned, the Magic Mike star serves as an executive producer for Step Up the drama series, which is also known as Step Up: High Water. In addition to Tatum, Jenna Dewan also serves as an executive producer on the same too. More information regarding Channing Tatum's future projects is awaited. It is, however,  believed that the actor is going to be a part of feature presentations such as Ryan Reynolds' Free Guy, Dog, and The Lost City Of D, amongst others.