'Justice League' producer Charles Roven in an interview said, 'Justice League 2' will not be releasing anytime soon and is a number of years away 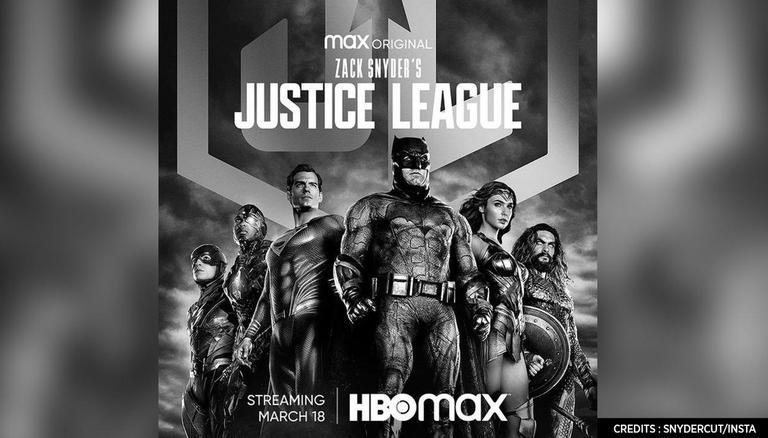 Earlier, Zack Synder had commented that neither he nor DC had any plans about a possible sequel. Now, the producer of Justice League, Charles Roven, spoke about the future of Justice League 2.

Talking about the possible sequel, Roven, in an interview with Hollywood Reporter, said that he would like James Gunn, who recently directed The Suicide Squad, to direct the next Justice League movie. However, he insisted that the movie might not be on the cards for a number of years.

"I hope James [Gunn] will when he's got some time, come back and see if he's going to do another one of these because he did such an amazing job. I would definitely be a part of that. Probably another Justice League, although I think that's a number of years away."

Meanwhile, The DC Extended Universe (DCEU) is gearing up for a number of releases. They will next release their superhero movie Black Adam. The film will mark Dwayne Johnson's debut in DCEU as he will take on the role of Teth-Adam/Black Adam. The movie will also feature Noah Centineo, Aldis Hodge, Sarah Shahi, Quintessa Swindell, and Pierce Brosnan.

DCEU will then release The Flash in 2022 with Ezra Miller reprising his role as Barry Allen/The Flash alongside Ben Affleck, Michael Keaton, Sasha Calle, Kiersey Clemons, Maribel Verdú, and Ron Livingston. In The Flash, Allen travels back in time to prevent his mother's murder, which brings about unforeseen consequences.

Aquaman and the Lost Kingdom, the sequel to Aquaman (2018), will be released at the end of 2022. The movie stars Jason Momoa as Arthur Curry/Aquaman alongside Amber Heard, Patrick Wilson, Dolph Lundgren, and Yahya Abdul-Mateen II. Shazam! Fury of the Gods will be released in 2023 and is a sequel to Shazam! (2019). The movie stars Zachary Levi, Asher Angel, Jack Dylan Grazer, Djimon Hounsou, Rachel Zegler, Helen Mirren, and Lucy Liu.

READ | Justice League 2: Jason Momoa reveals Warner Bros. is waiting for him to direct the sequel