'Charlie Bit My Finger' Video To Be Deleted From Youtube Forever, Kids To Sell It As NFT

the iconic Charlie But My Finger viral Youtube video will soon be taken down by the owners. The boys have grown up and now wish to auction it. 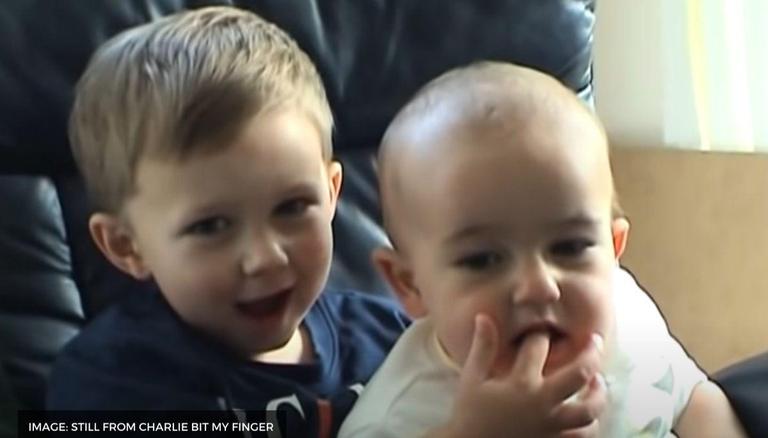 
Charlie Bit My Finger is a viral Youtube video that was one of the most viewed in 2007. The video features Harry Davies-Carr and his younger brother Charlie Davies-Carr. The boys have now grown up and have decided to auction the clip as a non-fungible token NFT. The video will be taken down from Youtube soon after that. Here's everything you need to know about Charlie Bit My Finger NFT.

Charlie Bit My Finger to be deleted from Youtube forever

The 56-second long video was uploaded by their father on Youtube in 2007 as he could not email it to their Godparents in America. In the video, 3-year-old Harry was spending time with one year of Charlie. Soon after Charlie bit his finger and Harry laughed over it. Harry gave his finger to Charlie again when he bit him harder. He reacted and said that Charlie bit his finger and it really hurt him. And all this while, Charlie was seen enjoying the moment and giggled over it. Today, the boys are 17 and 14 respectively and wish to sell it off.

The video that hit more than 880 million views on Youtube bought them to internet stardom at a very young age. According to them, it's time to finally earn money through the same. According to The Sun, the auction will begin on May 22 which is exactly 14 years after the video was uploaded. It will run for 24 hours and allow people to auction it. The winner will be the owner of the Charlie Bit My Finger NFT after which the viral Youtube video will be deleted from the platform. NFT is a limited edition virtual asset that can be bought but does not have a physical form. It can be in any digital form like images, video files or any other unique virtual asset.

READ | Adam Sandler reacts to viral video of him leaving IHOP restaurant with his daughter: Watch

The website of the family mentioned that the video went viral unintentionally. They only wanted to record random moments of their sons. The family has already earned £100,000 that has been used for their children's education. The winner will be permitted to create his/her parody of the video featuring the two boys. The Davies-Carr family will also fly to meet the winner in an event.