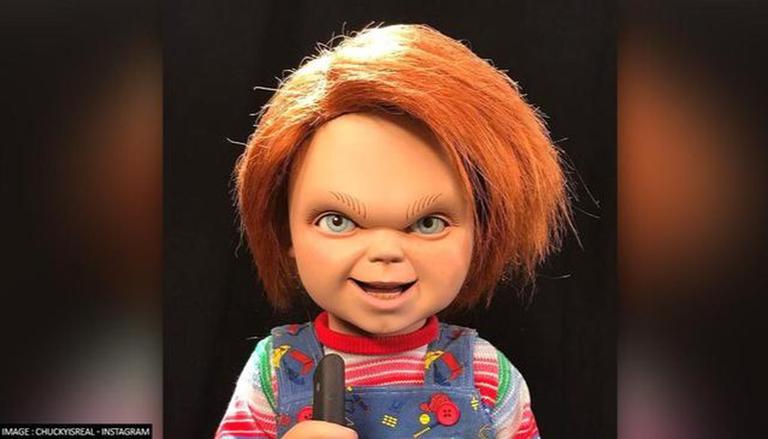 
Little did Child's Play creator Don Mancini know that his serial killer doll Chucky would go on to become an iconic horror character. Now almost six sequels, an upcoming television series and a remake later, Mancini is talking about sending Chucky into space. The creator of the franchise said that 'Chucky Goes To Space' would be a fun movie.

The killer doll Chucky first terrorised fans in the Don Mancini-written 1988 thriller directed by Tom Holland and featuring Brad Dourif as the killer doll. After spawning six successful sequels of the cult horror film, Mancini is back with Chucky for a USA/Syfy TV show that brings back a more classic rendition of the character, with original voice actor Dourif returning along with more actors from original Chucky films. Mancini in an interview with ComicBook opened up about the possibility of sending Chucky to space.

He said, "I don't think I've ever come up with like, 'Oh, Chucky couldn't possibly go there.' I don't think so. And I think one of the great things about Chucky is that he's such a versatile character and we've found that he operates successfully in all kinds of different tones and sub-genres, whether it's horror, or comedy, places in-between."

Don added, "So I think as a character he's versatile enough and appealing enough and interesting enough that he could probably go anywhere, even into outer space. Which is the one thing I think once I jokingly said something about sending Chucky into space, although I do think it would be a fun movie."

READ | 'Chucky' creators on upcoming TV show; say it will be "tonally in check" with horror film

The original film, Child's Play, was released on November 9, 1988, and has since then spawned six sequels, an upcoming television series, a remake, comic books, a video game, and tie-in merchandise. The first, second, and fourth films were box office successes with all of the films earning over $182 million worldwide. Including revenues from sales of videos, DVDs, VOD and merchandise, the franchise has generated over $250 million. The upcoming television series titled Chucky will premiere on October 12th, 2021 on Syfy and USA network.

READ | As 'Chucky' returns to terrorise fans on TV, the creator couldn't be happier; Read

WE RECOMMEND
As 'Chucky' returns to terrorise fans on TV, the creator couldn't be happier; Read
'Chucky' creators on upcoming TV show; say it will be "tonally in check" with horror film
All Chucky movies in order of release to binge-watch if you're awaiting 'Chucky' TV series
'Child's Play' co-writer & co-creator of 'Chucky' John Lafia commits suicide
Listen to the latest songs, only on JioSaavn.com