Ahead of 'Eternals' release, director Chloé Zhao sat down to discuss the upcoming superhero movie and explained why the alien species did not interfere. 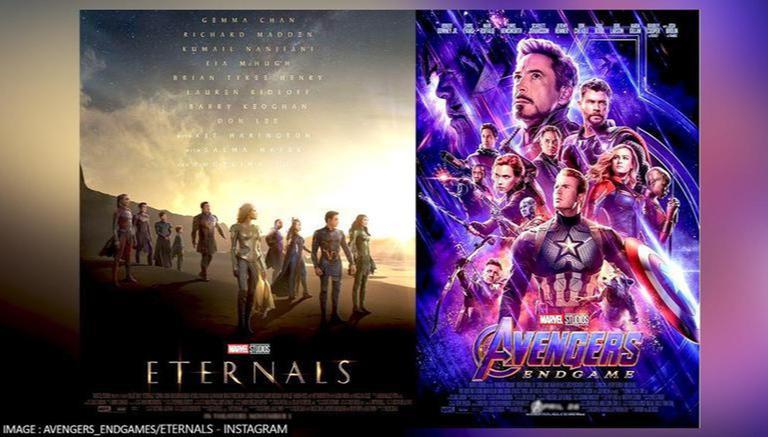 
When the trailer of MCU's much-awaited movie Eternals was released earlier this year, fans had one major question that where were the Eternals when Thanos snapped his finger or the other instances when Earth was in peril. The director of the movie, Chloé Zhao answered the question in her recent interview and cleared the air about the alien species' absence until now.

Marvel's upcoming movie Eternals will introduce not one or two but ten new superheroes and features a star-studded cast that includes the likes of Angelina Jolie, Salma Hayek, Gemma Chan, Kit Harrington and more. With less than a month left to go for the theatrical release of Eternals, Zhao is opening up about the upcoming Marvel movie.

Chloé Zhao talks about the absence of Eternals from Earth

Chloé Zhao sat down for an interview with Fandango to discuss Marvel's upcoming superhero movie and shared several new updates about the film. Zhao also dished about the alien species' absence from MCU and said, "We like to call them Earth's original superheroes. So, they were instructed to stand on the sideline once the Deviants were gone to allow humans to develop and progress in the way that we were meant to…and that ultimately led us to someone like Tony [Stark]. So, they've always existed in the shadows…you just never know where they might show up again."

In the same interview, the Academy Award-winning filmmaker said that audiences would get to see the origin of MCU through the movie. Zhao said, "I think a big part of it is that audiences will be discovering the origin of the MCU through the mythology of the Celestials. I think by the end of the film, we will have a new understanding of planet Earth’s relationship with the cosmos, and also with its own inhabitants. But in that sense, it would have a huge effect on the future of the MCU."

WE RECOMMEND
Marvel Studios reveals it has a 'secret police' preventing leaks, guarding MCU secrets
Actor Will Poulter joins cast of MCU's 'Guardians of the Galaxy Vol. 3'
'Eternals' to be the second-longest MCU movie after 'Avengers: Endgame'?
'Guardians of the Galaxy Holiday Special' to introduce one of 'greatest MCU characters'
'Deadpool' Ryan Reynolds shares hilarious title guesses for upcoming MCU projects
Listen to the latest songs, only on JioSaavn.com