Chris Hemsworth shared a behind-the-scenes fun picture from the sets of the latest Thor film and wrote a tribute to the film on the occasion of wrapping it up. 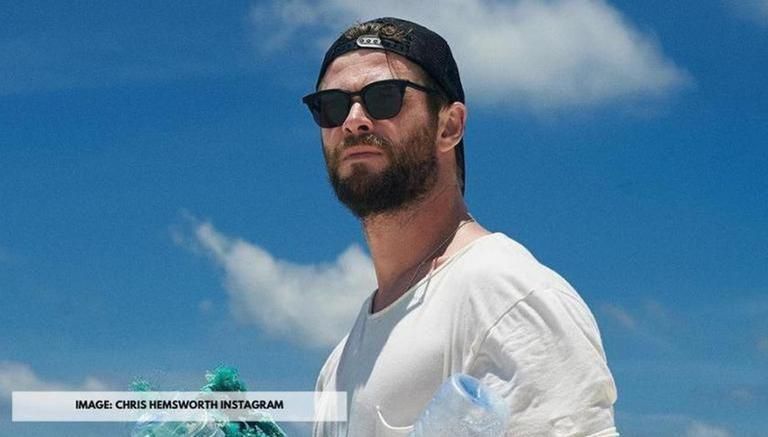 
Chris Hemsworth is pretty much synonymous with his character Thor in the Marvel Cinematic Universe. He plays the God of Thunder and is also among the original team of Avengers. While the Avengers franchise has come to an end, it is not the end of the road for Thor. The character of Thor has received a number of standalone films, which are heavy on humour and action. The latest Thor film is Thor: Love and Thunder which has just wrapped filming. To commemorate the occasion, the actor took to Instagram on June 2, 2021, to share a fun BTS picture from the sets of the film.

In the picture that Chris Hemsworth uploaded, fans can see him in the avatar of his character in the film. Chris Hemsworth in Thor: Love and Thunder plays the God of Thunder once again and he is showing off the physique he has developed for the film. The monochromatic picture sees Chris Hemsworth with his signature long hair which he sports as Thor while he is wearing a fitted graphic tank top tucked into a pair of jeans. The highlight of the picture has to be his arms that show off his physique and how buff he is.

READ | When is 'Thor: Love and Thunder' releasing? Know all about the Chris Hemsworth movie

Chris Hemsworth wrote a sweet caption along with his picture on the wrapping of the film. The caption is both heartfelt but also has his signature humour in it. He wrote, “That’s a wrap on Thor Love and Thunder, it’s also national don’t flex day so I thought this super relaxed photo was appropriate. The film is gonna be batshit crazy off the wall funny and might also pull a heart string or two. Lots of love, lots of thunder! Thank you to all the cast and crew who made this another incredible Marvel journey. Buckle in, get ready and see ya in cinemas!!” 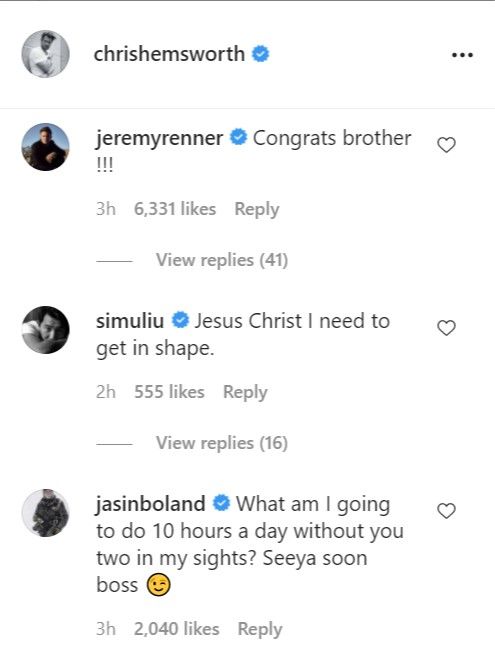 The post received a lot of love from everyone but especially from people who have worked with Chris Hemsworth and his Thor: Love and Thunder cast. Jeremy Renner commented on the picture, congratulating Chris on the completion of the filming. Others commented saying that Chris Hemsworth’s physique was making them feel bad about themselves and they needed to start working out. The post received 2.2 million likes and over ten thousand comments in under three hours.