Chris Lowell has joined the cast of My Best Friend’s Exorcism, a film adaptation of the cult novel with the same title penned by Grady Hendrix. 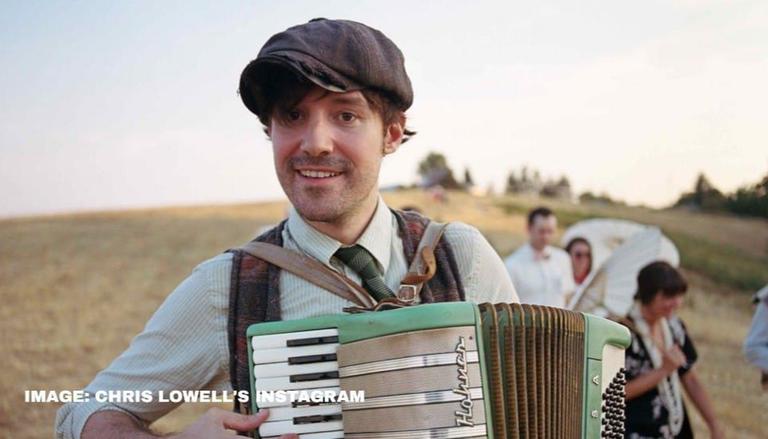 
Chris Lowell has joined the cast of My Best Friend’s Exorcism, reported PTI. It is a film adaptation of the popular cult novel titled My Best Friend's Exorcism book penned by Grady Hendrix. The film is being made by Endeavor Content and Amazon Studios. According to the PTI report, the film will star Elsie Fisher and Amiah Miller in the lead roles. Killing Eve and Penny Dreadful's director Damon Thomas will be helming the horror movie.

The film is set in 1988 and the plot follows the relationship between My Best Friend's Exorcism characters - Abby and Gretchen, two best friends and sophomores in high school. "Their friendship is tested when an evening of skinny-dipping goes wrong, and Gretchen begins to act differently. After some investigating, Abby begins to horrifyingly suspect that her friend may be possessed by a demon force," the plotline reads. Elsie will be seen playing Abby, while Amiah will be essaying the role of Gretchen.

Chris has teamed up for the role of a muscly meathead who, along with his brother, performs a 'Faith and Fitness' at the teens' parochial school. In the later scenes, he sees that Gretchen is possessed and an exorcism needs to be performed. The scripting is taken care of by Jenna Lamia. My Best Friend's Exorcism movie cast also includes Cathy Ang and Rachel Ogechi Kanu. It is bankrolled by the Gotham Group, Quirk Productions, and Christopher Landon, and is currently being filmed in Atlanta, Georgia.

READ | Drew Barrymore amazed by Aloe vera after it performs downright exorcism of a bite-mark on her face!

Furthermore, Chris is popular for his performance in an Oscar-nominated drama, Promising Young Woman from Emerald Fennell. The film also features Carey Mulligan. Chris also essayed an essential role in Netflix's acclaimed comedy-drama, GLOW. The actor is represented by ICM and Anonymous Content. The actor is also popular for his Stosh 'Piz' Piznarski role in Veronica Mars, and William 'Dell' Parker in Private Practice. Chris has also starred in Up in the Air (2009) and The Help (2011). Chris also made his directorial debut with 2013's Beside Still Water, for which he also co-produced and co-penned the screenplay.

READ | Girl dies after being caned during 'exorcism' in Sri Lanka
READ | Man rapes minor girl under pretext of offering cure through exorcism in Telangana; Thrashed by activists
READ | Elsie Fisher to lead 'My Best Friend's Exorcism' cast with Amiah Miller and two others