Chris Pratt On Sending Wrestling Challenge To Dave Bautista By Mistake: ‘I Was Mortified’ 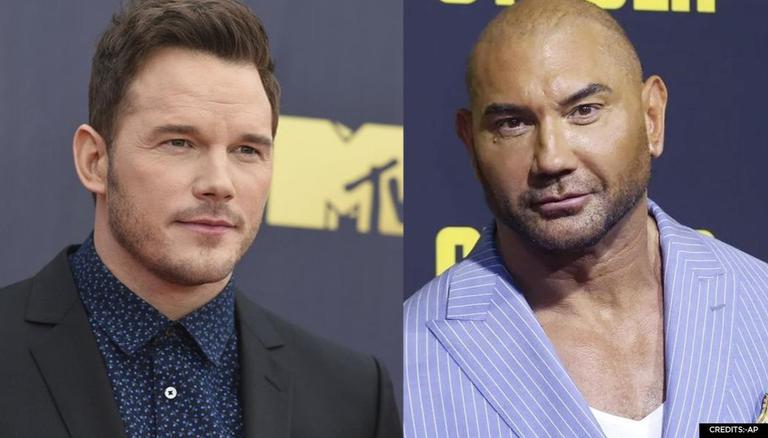 
Chris Pratt, one of the prominent actors from the Marvel movies recently appeared on a chat show and recalled a fun incident about how he had no clue that he challenged his co-star, Dave Bautista for a wrestling match. The actor also revealed the reason why he was out of memories and further praised his Marvel co-actor, Dave Bautista, by referring to him as ‘the toughest dude in all of Marvel’.

Chris Pratt recently appeared on the chat show, The Late Late Show with James Cordon and talked about the time when he used to consume sleeping aid, ‘Ambien’ to help himself sleep. The actor then stated how he stopped taking those. He mentioned how he had no idea that he texted Dave Bautista until the actor confronted him about the same as he was on sleeping pills. The Avengers: Endgame actor further stated how Bautista came up to him the next day and said, “Hey man, that text you sent last night,”. He then revealed how he had no clue about him sending any text to him and added how Dave Bautista burst into laughter on knowing this. He then checked his phone and realised how he accidentally challenged the wrestling champion for a match. His text stated, “Dave, I want to wrestle. I want to wrestle you, no one needs to know, but I just want to know. I think I can take you. I think I can wrestle you, bro. Pratt also added how he suggested ‘collegiate rules, no elbows and no knees’. He continued on how he was ‘mortified’ and exclaimed, ‘It would kill me. It’s so bad’

READ | Chris Pratt on 'The Tomorrow War' and his character: "I loved it from beginning to end"

Chris Pratt is currently been gearing up for the release of his upcoming movies namely Thor: Love and Thunder and Jurassic World: Dominion. He will be essaying a significant role of Star-Lord in the upcoming Marvel movie, Thor which is slated to be released on May 6, 2022. He will be essaying the lead role in the sci-fi film, Jurassic World: Dominion in which he will be featured alongside actors such as Sam Neill, Bryce Dallas Howard and many more. Pratt will also be seen in the upcoming Amazon drama series, The Terminal List which is based on a popular novel of the same name by Jack Carr.