Actor Chris Pratt during the promotion of 'Jurassic World Dominion' spoke highly of late actor Irrfan Khan. Read on to know more about the same. 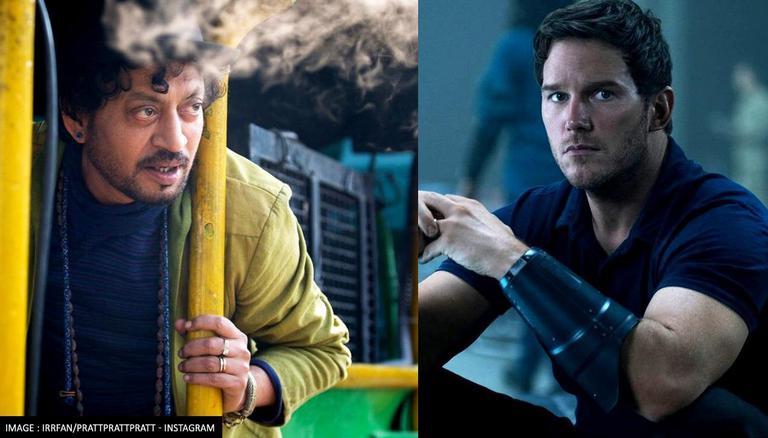 
Late actor Irrfan Khan is regarded as one of the finest actors in the Bollywood film industry. While acting seemed to have come naturally to him, Irrfan Khan was known for portraying versatile roles on the big screens, be it dacoit or a gangster. Such was his talent, that he ended up representing India globally with his performance in several Hollywood films including Jurassic Park. Now, the release date for Colin Trevorrow's Jurassic World Dominion, the sixth movie in the science fiction franchise is fast approaching and the makers are leaving no stone unturned to brace audiences for its premiere.

Speaking of which, during one of the latest press interviews for the film, the lead actor Chris Pratt recalled his experience of working with late actor Irrfan Khan. For those unaware, the legendary star essayed the role of Simon Masrani, the CEO of the Masrani Corporation and the owner of Jurassic World theme park in the franchise.

As reported by ANI, Chris Pratt spoke highly of Irrfan Khan's aura and said, "just such an elegant man... like, down to his fingernails. There was just an elegance about him. He was also so powerful. It's really a rare combination for there to be such strength in softness. And that's what I would call elegant - he could do very little and still, he would be doing so much."

He further added, "Just by his sheer presence, and his sheer charisma, that he would bring to a role. One tiny flick of an eyebrow, or one tiny little move, was so powerful."

The upcoming film is the sixth instalment in the Jurassic Park franchise, and the third in the Jurassic World trilogy. Set four years after the backdrop of the destruction of Isla Nublar, the future of mankind will be shown to be balanced as humans try to coexist with dinosaurs. Jurassic World Dominion features an ensemble cast including Chris Pratt, Bryce Dallas Howard, Laura Dern, Sam Neill and more. The movie is scheduled to hit the big screens on 10 June 2022.

Back in March 2018, Irrfan Khan revealed through a tweet that he had been diagnosed with a neuroendocrine tumour. He received treatment abroad for a year and returned to India in February 2019. On April 28, 2020, the actor was admitted to the Kokilaben Dhirubhai Ambani Hospital for a colon infection. The actor transitioned the following day due to the infection.