The final trailer of Chris Pratt's upcoming movie 'The Tomorrow War' is out now. The actor took to his social media handle to share the trailer with his fans. 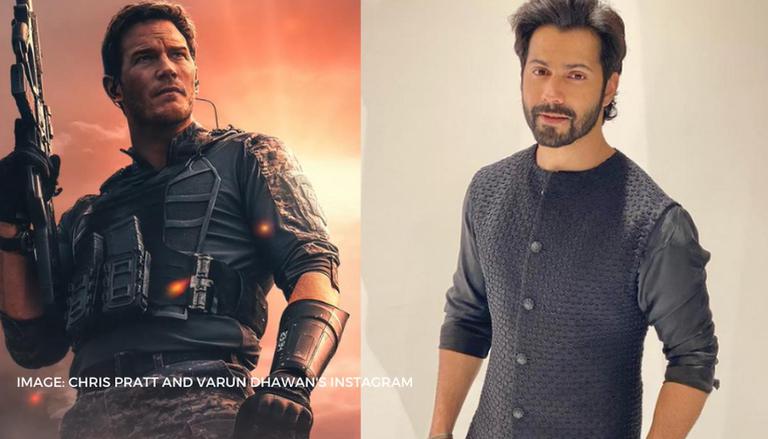 
On Tuesday, June 15, the makers of The Tomorrow War starring Chris Pratt in the lead role dropped the final trailer of the movie before it releases next month. Chris Pratt also took to his social media page to share the trailer with his fans and it received a lot of love from the netizens. The movie is slated to release on July 2 on Amazon Prime Video.

Sharing the trailer of his upcoming movie on Instagram, Chris Pratt wrote, "Final Trailer for The Tomorrow War 'absolute fire…' 'a thrill ride from start to finish' 'moving, emotional, thrilling, original.' 'This film was an absolutely blast.' 'The best film of the year.' "

The Tomorrow War revolves around the premise of Dan Foster, an ex-military man played by Chris who finds himself drafted into the future to fight a war that will decide the fate of the human race. The film is helmed by Chris McKay of The Lego Batman Movie fame with the screenplay written by Zach Dean of the Voyagers.

Reactions to The Tomorrow War trailer

The trailer received a lot of love from the internet and many celebs also chimed in on the same in the comments section. Bollywood actor Varun Dhawan also commented on the trailer and noted, "Those aliens look scary af, but I trust @prattprattpratt to put at least one of them in an armbar. Looks legit."

Chris' fans were also in awe of the trailer and started discussing their theories about the movie in the comments section. Many netizens lauded the actor for his performance in the trailer and shared that they are stoked to watch the movie and are awaiting the release. One user wrote, "I’m so excited for this Chris! I know it’s going to be the best film of the year! Wish I could see it now!" while another commented, "This movie looks amazing, can't wait. Is it Tomorrow yet?" Take a look. 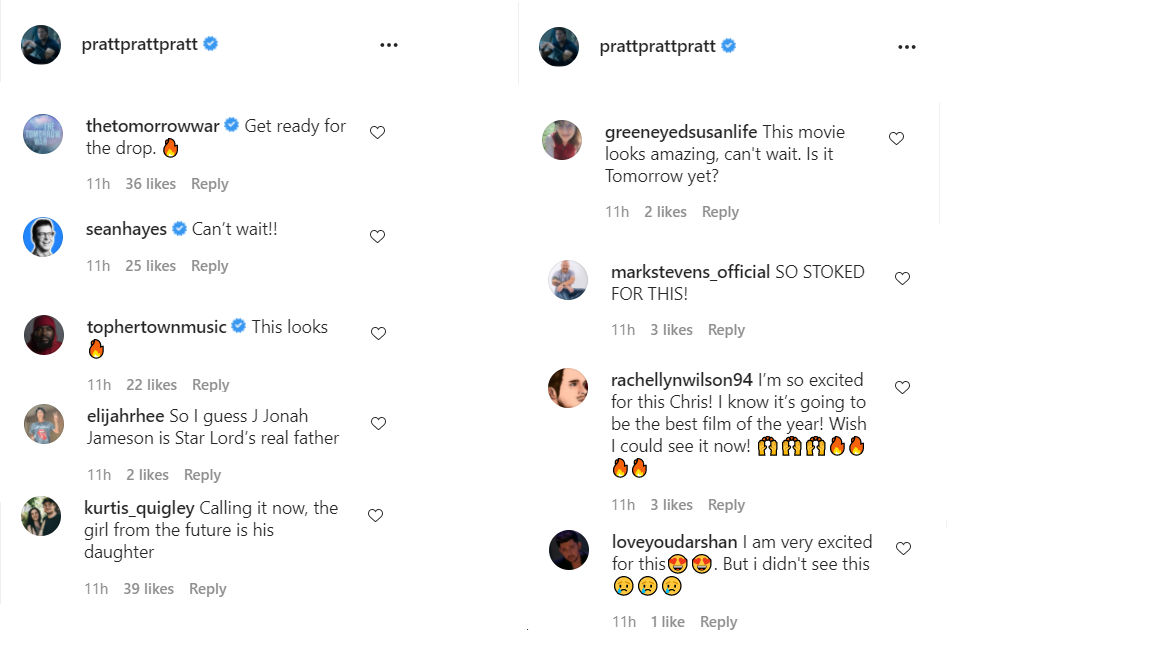 A look at The Tomorrow War cast

Apart from Chris, the film also stars Invincible's J.K. Simmons, The Handmaid's Tale's Yvonne Strahovski and Werewolves Within's Sam Richardson in prominent roles as Chris Pratt's team who will help him save the fate of humanity. Other than them the movie also features Glow's Betty Gilpin, Firestarter's Ryan Kiera Armstrong, Sleepy Hollow's Edwin Hodge, Before I Fall's Keith Powers and Heather's Jasmine Mathews.