Mermaids star Christina Ricci recently opened up about her chat with actor Johnny Depp when she was 9 years old, stating, "he explained homosexuality to me". 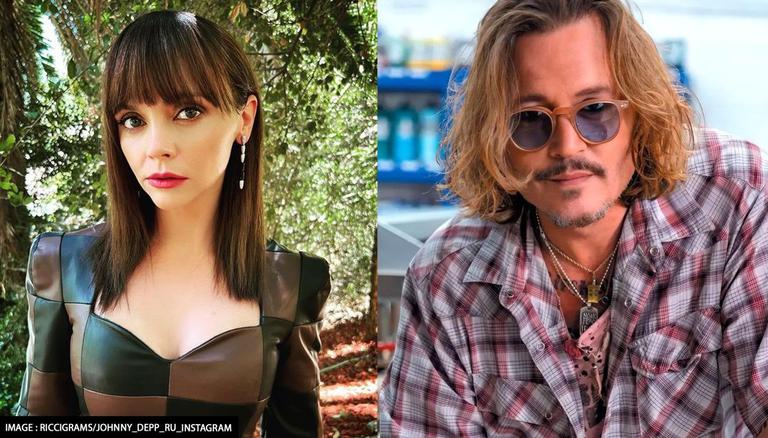 
Mermaids star Christina Ricci recently opened up about her conversation with actor Johnny Depp when she was 9 years old. She said Depp, who was on the set of a film alongside his then-girlfriend Winona Ryder, was the one who explained the meaning of 'homosexuality' to her after an incident on the set of her first film lead to a lot of questions. In a chat with SiriusXM's Andy Cohen Live, Ricci recalled the conversation she had with Pirates of the Caribbean actor, stating, "Johnny is actually the person who explained to me what homosexuality was when I was 9."

The Penelope actor further added that there was something going on the set as someone was not being nice to someone else,

"And they were like, 'Oh, well he might be homophobic.' And then I was like, 'Well, I don't understand what that is.'" Adding to it, Ricci went on to state, "And, and I was in Winona's [Ryder] trailer and she was like, 'I don't know how…' so she put me on the phone with Johnny. And Johnny explained it to me."

'Depp explained 'homosexuality' to me in the simplest of terms': Christina Ricci

Recently, Depp was in news after his ex-girlfriend Ellen Barkin made some serious accusations against him. In the unsealed documents, the 68-year-old actor reportedly revealed that the Alice In Wonderland actor gave her quaalude (sedative and hypnotic medication) the first time they had sex, adding that the Mortdecai actor was drunk a lot of time and was controlling and abusive. Ellen said this when she was introduced as a witness by Amber Heard's team during the six-week trial. In her deposition from Depp vs. Heard trial, Barkin claimed that Depp had a "world of violence around him".

Johnny Depp and Amber Heard were involved in a legal tussle in Fairfax, Virginia which became a major talk of the town. On June 1, a Virginia court ruled in favour of Johnny Depp with Heard being directed to pay a sizable compensation to her ex-husband. After a six-week trial, Depp was granted $15 million in damages for defamation, in contrast to $2 million for Heard, who had counter-sued.