CONFIRMED: 'Avengers: Endgame' To Be The Longest MCU Film, Here's Its Run-time

While fans can't wait for 'Avengers: Endgame' to hit the screens, makers on Tuesday, March 26, confirmed that the runtime of the film is going to be 3 hours and 2 minutes.

Marvel Studio's 'Avengers: Endgame' has been making the headlines ever since the film was announced. Now, the production house has given out another major update about the much-anticipated venture.

While fans can't wait for the superhero extravaganza to hit the screens, makers on Tuesday, March 26, confirmed that the runtime of the film is going to be 3 hours and 2 minutes. Online movie database, IMDb on Monday updated the information on its website, and confirmed that 'Avengers: Endgame' is going to be the longest installment in the Marvel Cinematic Universe. 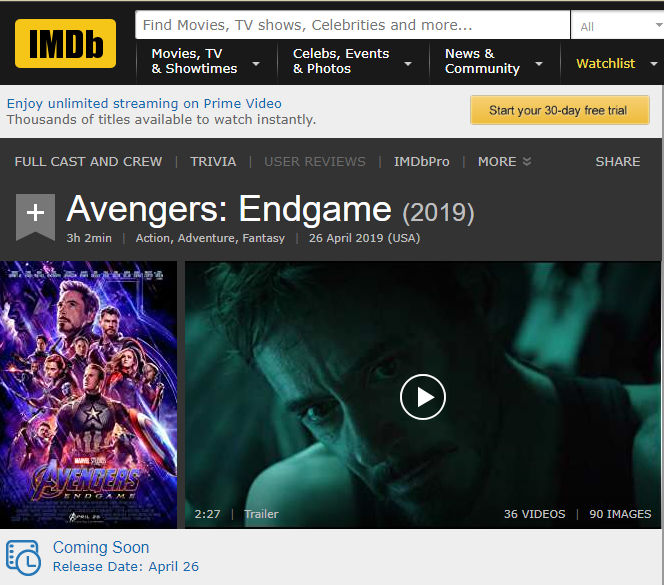 Previously, the Russo Brothers had opened up about the duration of the film and said that the runtime of 'Avengers: Endgame' will exceed that of the previous venture 'Avengers: Infinity War'.  Joe Russo, one half of director duo The Russo Brothers reportedly said that the duration of the film will be around three hours and Disney has no problems with it. However, he then stated that the much-awaited film is not yet complete and they are still working on it. There remains a possibility that the film might be trimmed.

Here's your first look at the new poster for Marvel Studios’ #AvengersEndgame. See it in theaters April 26. pic.twitter.com/pNXSy0x8lI

Whatever it takes. Watch the brand new trailer for Marvel Studios’ #AvengersEndgame, in theaters April 26. pic.twitter.com/0sOetnYzPu

Meanwhile, actor Josh Brolin will also resume the role of Thanos in the upcoming venture following 'Avengers Infinity War'. Directed by the Russo Brothers, the film is all set to hit the theaters on April 26, 2019.