Conjuring Movies In Order Of Their Releases: Here's Looking At The Timeline

Here is the list of all the Conjuring movies in order of their respective releases, along with the timelines on which they are based. 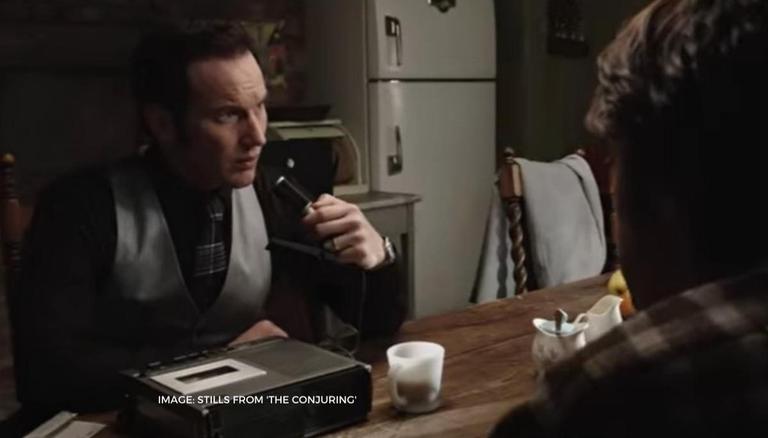 IMAGE: STILLS FROM 'THE CONJURING'


The Conjuring is considered to be one of the most popular horror film series in Hollywood. It has been nearly a decade since the series was first brought to the audience and multiple of its instalments have been released ever since. However, it is essential for viewers to understand the chronology of events that have taken place. Here is the Conjuring movies list as per their chronological turn of events, along with other details about the films.

The Conjuring movies in order

The Conjuring happens to be the very first film of this franchise. Released way back in 2013, it introduced paranormal experts Ed and Lorraine as they made attempts to counter the paranormal activities that have haunted a family. The turn of events take place in 1971, four years after Annabelle.

Annabelle is the second film of the series, which introduces the haunted doll and is based in the year 1967. The film was released a year after the first Conjuring instalment. However, this film does not feature Ed and Lorraine and introduces new characters.

READ | 'The Conjuring: The Devil Made Me Do It' final trailer gets amazing reactions from fans

The sequel brings back Ed and Lorraine as they take on the ghosts yet again. The film is based on the events occurred in 1977, six years after its previous instalment. The couple are seen arriving in England in order to do their job.

READ | 'The Conjuring: The Devil Made Me Do It' final trailer: Spooky and darkest of the lot

The film is a prequel to the previous instalment, as it focuses on the events occurred way back in 1955. The backdrop of the cursed doll is provided in its storyline as well. The events in this film are based in the southern part of California.

While this character was introduced quite late, the events of the film are chronologically ahead of any other film of this franchise. The deeds and threats of Valek the Defiler are shown in this film. The events that are shown in the film take place way back in 1955.

The Curse of La Llorona

The film brings the famous Latin American folklore of La Llorona, with the events being based in 1973. The spirit in the film tries to steal away the children of a mother based in Los Angeles. The movie was released in 2019.

This film introduces Judy, who is the daughter of the Warrens. It brings back the theme of a house filled with horrors. The events that are shown in the film take place in 1972, only a year after The Conjuring.

The Conjuring: The Devil Made Me Do It

This film is the latest instalment of this franchise. The film is based on the events that took place in 1981, four years after The Conjuring 2. It will release on June 4, 2021.