Kirby Howell-Baptiste in Cruella plays the role of Anita Darling or Tattletale. Recently, she explained her experience on the sets of the Disney movie. Read on. 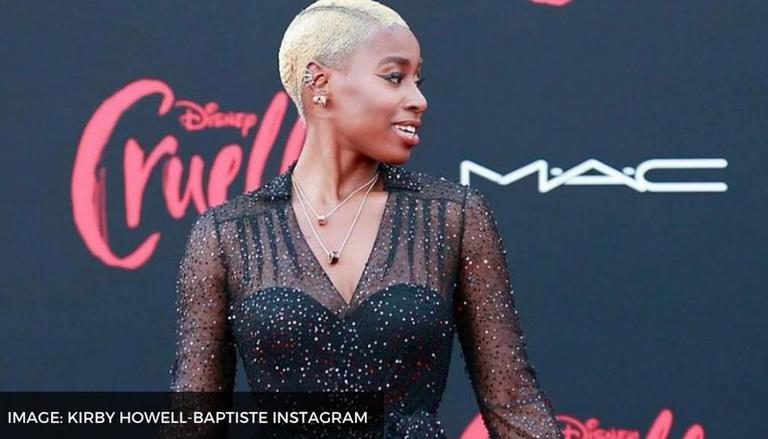 
Why Women Kill star Kirby Howell-Baptiste is all set to star in the upcoming Disney movie Cruella. Kirby, who recently starred in Happily as Maude, spoke about the movie and her role as Anita Darling or Tattletale. In the film, releasing on May 28, 2021, she stars next to Emma Stone and Emma Thompson, who play the lead roles.

Kirby Howell-Baptiste speaks on her role in Cruella

Recently, she got candid in an interview with ABC News. She gushed over her role in the new movie as a reporter and a classmate of Emma Stone's character Estella. Talking about the part, she said that it was a "dream job" for her as she enjoyed being surrounded by the beauty on the set and the costumes that were tailor-made for her. She claimed that she was always happy on the set.

When asked about being a form of representation in the new Disney movie, Kirby said that the movie was set in the city of London in the 1970s which was already very multicultural. She said that the movie was trying to honour that timeline while recognising the need for change in the present era. She also believed that being a part of the new movie felt amazing since people from all generations could watch it.

Cruella releases theatrically across the world on May 28, 2021. The movie would be one of the few movies that would release in the USA as theatres slowly start reopening.

Cruella is the story of a classic Disney villain from the movie 101 Dalmatians. The plot will focus on a young girl named Estella and how she grew up to be one of the most renowned people in London as Cruella. The movie stars Emma Stone in the lead as Cruella and Emma Thompson as Baroness von Hellman in pivotal roles.

Kirby Howell-Baptiste in Cruella plays the role of Anita Darling. She not only plays the role of a reporter but is also one of Cruella's former classmates. The young Cruella or Estelle is played by Tipper Seifert-Cleveland and young Anita Darling is played by Florisa Kamara. Other important characters in the movie are essayed by Joel Fry, Emily Beecham, John McCrea, Paul Walter Hauser, Kavyan Novak among others.

READ | When will Cruella release on OTT in India? Here are all the details of this film
READ | Emma Thompson says her 'Cruella' undergarments felt like ‘torture devices’