Cynthia Nixon recently faced backlash on Twitter after she claimed that those who shoplift in this difficult time should not be arrested. Read to know more. 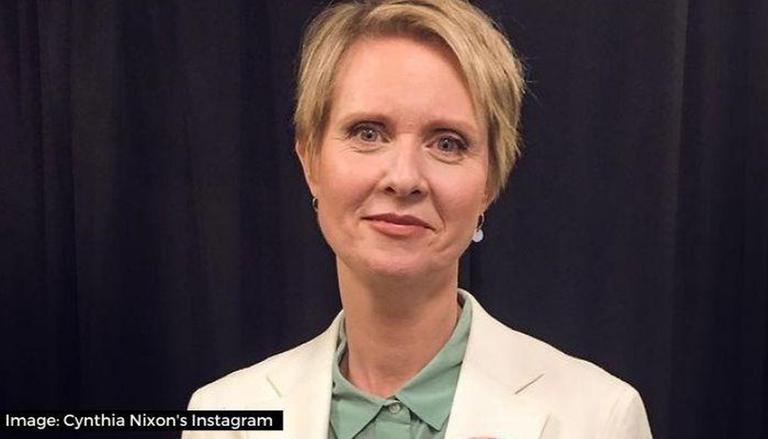 
American actor Cynthia Nixon has come under the scanner of Twitterati. The Sex And The City actor is facing a backlash on Twitter after she tweeted that shoplifters, who steal basic home necessities should not be prosecuted. She expressed her dissent after reports of shoplifters being prosecuted surfaced online and this did not sit well with netizens.

In her tweet, she wrote there are many people who cannot afford to buy basic home necessities in this difficult time. She also wrote these people steal out of desperation and prosecuting them for this is wrong. Her tweet read, “The CVS on my corner has started locking up basic items like clothing detergent. As so many families can’t make ends meet right now, I can’t imagine thinking that the way to solve the problem of people stealing basic necessities out of desperation is to prosecute them.”

The CVS on my corner has started locking up basic items like clothing detergent.

As so many families can’t make ends meet right now, I can’t imagine thinking that the way to solve the problem of people stealing basic necessities out of desperation is to prosecute them. https://t.co/5RsdMTDWqa

As soon as she shared her tweet, it faced severe backlash from people. One of them said that she should open her million-dollar apartment and allow people to take whatever they want from it. Another wrote that she should buy these items and set up a stall outside her house and allow people to buy from her. Another one went on to explain the plight of these shops and supermarkets. They wrote that Target, Walgreens and CVCs are few such stores that are facing a financial crunch as people only take whatever they want and do not pay for it. One of the netizens also went on to write that people living in her neighbourhood are not ‘needy’ and ‘desperate’. They also called out her ‘grandstanding’. See their tweets and reactions below.

Why not open the door of your $million-dollar apt and let people take what they need?

Well Cynthia, why don’t you go down to the CVS on your corner and simply buy these items from the store. Then set up a table outside the door with the items available for anyone to take, for free. Then you can directly help these families you are so troubled about.

If you've ever read an annual report from Walgreens, CVS, Target, etc... the notes to financial statement explains how much merchandise is stolen by their employees. Any percentage increase in shoplifting resulting from Pandemic Economy pales in comparison to theft by employees

You live in a neighborhood of $3 million-dollar apartments and townhouses. No one at your CVS is "desperate" to steal "basic necessities."

You are rich. Stand down there every day for an hour and cover the bill for everyone who needs help.

I love how elitist think they know why people commit crimes as if they've actually lived it or enforced it. Not even close to being right, Ms. Nixon 🤣

The 55-year-old actor-politician also tweeted that people are calling her out because she voiced how ‘mainly poor and Black people’ are prosecuted for ‘misdemeanours’ and because of this serious crimes go unnoticed. Her tweet read, “We spend so much time prosecuting (mainly poor Black & brown) people for misdemeanors that serious felonies go unsolved & crimes that wreck entire communities & economies like predatory lending & wage theft go ignored. That's not tough on crime--it's systemic racism hard at work.”

That's not tough on crime--it's systemic racism hard at work

Cynthia will next be seen in the upcoming Sex And the City reboot titled Just Like That. She will be reprising her role as Miranda Hobbes in the show. She will also be seen in the historical drama series The Gilded Age.

READ | Cynthia Nixon quiz: See how well you know the 'Sex and the City' actor